FreedomFilmFest: An Effort By KOMAS To Give You A Cinematic Experience Like No Other

FreedomFilmFest is an annual human rights documentary festival in Malaysia that adopts the themes encompassed in The Universal Declaration of Human Rights (UDHR). Starting out as only a small screening event and also the first of its kind in the country, it has now become the leading and most established human rights film event in Malaysia. 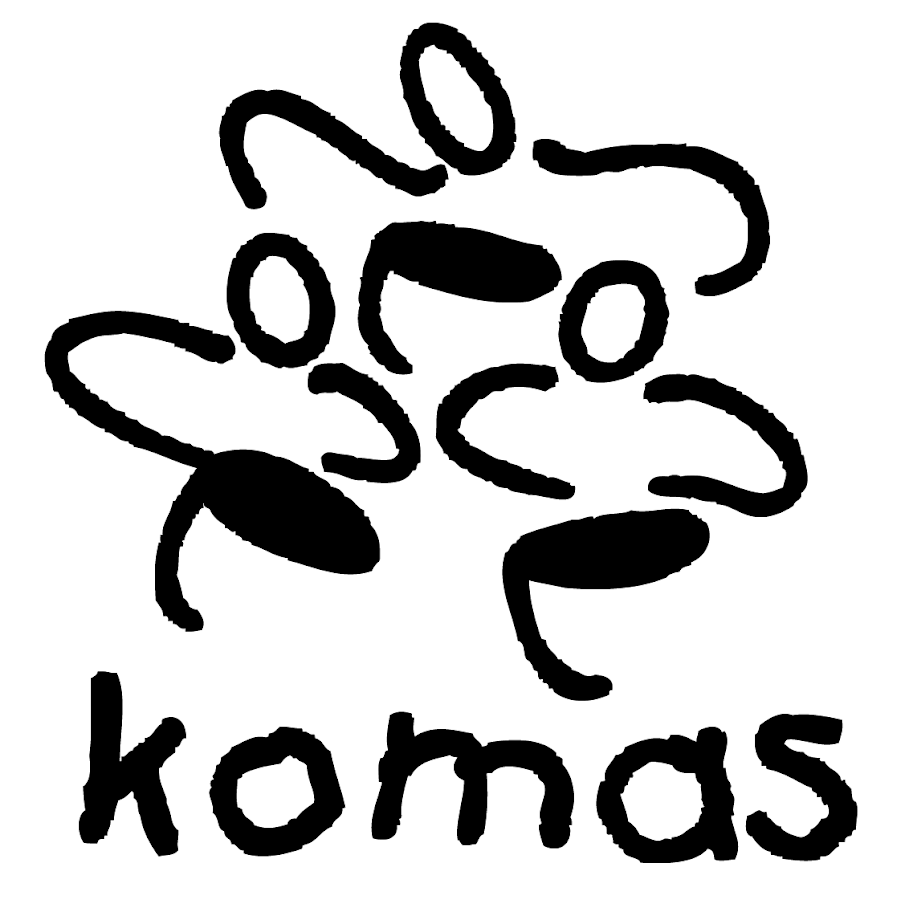 First launched in 2003, the event is organised annually by Pusat KOMAS (Pusat Komuniti Masyarakat), a pioneering NGO in Malaysia that was established in 1993 and is dedicated to using creative and participative methodology in human rights education. Apart from FreedomFilmFest, KOMAS strongly advocates against racism issues through its popular ‘Aku Bangsa Malaysia’ programme which consists of several workshops, forums and seminars that focus on creating public awareness on the importance of equality and non-discrimination.

Working together with other prominent NGOs, KOMAS has also advocated for both the federal and state governments to ratify the International Convention on the Elimination of All forms of Racial Discrimination (ICERD), a United Nations convention dedicated to eliminating racial discrimination. One of KOMAS’ most significant efforts was the management of PEMANTAU, an initiative first launched by Bersih 2.0 that aimed to monitor the electoral process, during the 13th General Election. KOMAS is also closely partnered with many marginalized communities such as the orang asli and indigenous peoples of Sabah and Sarawak and supports them by aiming to defend their basic human rights.

In 2006, they launched their first ever film proposal competition, in which filmmakers with the best and most promising film proposals would win grants of RM3000 to produce their documentaries together with the guidance of the people at KOMAS. This was done as part of the group’s advocacy for films that do good and also the start of what is now a series of yearly FreedomFilmFest films, produced by winners of the grants, screened every year.

“Our grant winners aren’t usually filmmakers,” says KOMAS’ programme coordinator, Lena Hendry. “They’re people who are passionate about the issue. They could be students, activists or anyone who thinks the issue can be translated into a film. They also need to be knowledgeable in what they’re proposing. It is important that the story will have an effect on viewers.”

“We wanted to use the festival as a platform to talk about issues that don’t usually get covered,”

2009 was the year that marked the first time the festival had more than just one screening. Screenings were held in Kuala Lumpur, Johor Bahru, Georgetown and Kuching.There was even an international screening, organised by a group of Malaysians living in the UK. From then on, the festival had reached numerous significant milestones. In the coming years, both the Selangor and Penang state governments had become co-organisers, the festival travelled to East Malaysia and Singapore, special guests from around the world were invited to be guest judges and festival-goers were even given the opportunity to attend discussions with filmmakers and a variety of workshops all held during the festival.

Filmmakers of the best films produced every year are given the Justin Louis award, a uniquely designed and hand-carved wooden trophy made by the Indigenous Mahmeri tribe of Carey Island in Selangor.

The award’s namesake was a young Malaysian activist who was also the first coordinator of KOMAS. In November of 1994, Justin along with a group of other activists, consisting of Cynthia Gabriel, See Chee How, Jannie Lasimbang, Colin Nicholas, Francis Cheong and Wong Meng Chuo, were travelling on a longboat to the upper reaches of the Baram River to investigate the cases of alleged rape of Penan women by forest rangers.

A trip upriver isn’t usually the safest, due to the harsh physical terrains and communication difficulties travellers are forced to face. The rough waters proved to be cruel as the young activists had encountered a disaster. The motor of their longboat died mid-trip and the strong currents caused their boat to overturn, throwing everyone overboard. The group clung on to anything that would keep them above water, including the floating tins of biscuits that fell off the boat. After a tough swim to the riverbank, it was discovered that all but Justin had managed to survive. His body was recovered two weeks later and was buried in Marudi.

Justin, who was only 30 when this happened, was a young man who believed in the power of moving images in efforts to bring about social awareness and meaningful change. His selflessness and dedication towards transforming the lives of the marginalised and oppressed serves as an inspiration to fellow Malaysian activists and is the reason he is honoured by the award. Baram River : A tragedy that inspired the Justin Louis Award.

It should come as no surprise that NGOs like KOMAS have had their fair share of troubles with the law. “We actually have a whole discussion before the start of each festival. Who’s gonna talk when they [authorities] come? Who’s gonna keep the lawyers on standby?” Lena Hendry says. Though perhaps the most notorious legal issue KOMAS faced was the one involving Lena Hendry herself.

In 2013, Hendry was charged by the  Home Ministry and Attorney General Chamber under Section 6 of the Film Censorship Act 2002 for organising a private screening of the film No Fire Zone: The Killing Fields of Sri Lanka for an invite-only audience. The documentary, directed by Nobel Prize nominee Callum Macrae, tells the story of the occurrences of human rights abuse at the end of Sri Lanka’s civil war.

It took nearly two and a half years for Hendry to be acquitted and discharged by the court, with their final judgement being in her favour. It was a long and tiring ordeal, which most agreed had been a waste of time for everyone.

Though a rush of relief came with the court’s judgement, KOMAS still made efforts to challenge the Film Censorship Act 2002. The law, which essentially seeks to curb piracy and pornography in the country, basically states that no one should screen any film or related publicity materials that haven’t been approved by the country’s censorship board.

It gives law enforcers the authority to silence the voice of activists and human rights educators.

“We actually have a whole discussion before the start of each festival. Who’s gonna talk when they [authorities] come? Who’s gonna keep the lawyers on standby?”

“Look at the law, it basically says that all films are illegal, how can all films be illegal?“ said Hendry. “That means even the film I take in my mobile is technically illegal; it is just they don’t enforce the law.” Callum Macrae, the award winning journalist and director of the film, described the charges against her as “a disgrace”.

KOMAS hopes that the time spent on this case was not in vain and had at least brought the much needed attention for the reform and alignment of the law with international standards of human rights.

No Fire Zone: The Killing Fields of Sri Lanka

This year, FreedomFilmFest returns with a lineup of over 30 documentaries and short films produced both locally and internationally. The theme this year is ‘What Lies Beneath’ which reflects the festival’s mission to increase public awareness on underrepresented human rights issues by casting a spotlight on films produced by activists with strong causes. It is also a call for the public to dig deeper into the many issues that society faces today and for filmmakers to unearth stories that help us see beyond the surface to bring about more meaningful insights and appropriate actions.

Among the most anticipated films this year are the winners of the 2016 FreedomFilmFest Film Grant; Unlocking Bengoh, a story about three indigenous families who were forced to leave their ancestral homes to make way for the Bengoh reservoir dam and Stories From My Father, a film documenting a daughter’s journey to learn about her father’s dark past in detention without trial under the Internal Security act in 1968. Internationally produced films include 10 Billion: What’s On Your Plate; which explores solutions to the food shortage problems we’ll face once the world population hits 10 billion, A Syrian Love Story; a BAFTA nominated film that explores the demise of a Syrian couple’s relationship as a result of their country’s cruel regime and Among The Believers; which gives viewers a peek into a the mind of a jihadist and the lives of of two of his teenage students who are pawns in his ideological war.

Still not convinced a day spent at the festival is more fulfilling than a day spent catching Pokémon? Well, attending the festival gives you access to more than just film screenings. The festival’s Master class series, organised in collaboration with the Malaysian Documentary Association (MyDocs), British Council and Goethe Institute, gives festival-goers the chance to attend classes with renown local and international filmmakers on various aspects of documentary and social filmmaking.

One of the Master classes given this year is called Exposing the Invisible and features a banner with a hidden message that can only be seen when looking at it from a different perspective; a gimmick representing the main purpose of the class. Attendees will learn how to conduct investigative research and gather details to uncover hidden information, expose corruption and bring truth to light.

The class will be lead by the Tactical Technology Collective, a non-profit organization based in Berlin. Professionals will share different techniques, tools and methods designed to help advocates and individual practitioners to promote rights, accountability and transparency by effectively using information and digital technologies.

Festival-goers can also look forward to Freedom Talks, a series of discussions and forums that focus on specific issues related to films and are designed to involve full audience participation. Among the Freedom Talks held this year are Educating The Believers, which aims to discuss the role and responsibility of the state and religious bodies in monitoring extremists groups in Malaysia and Refugee Phobia, which will explore the initiatives and viable solutions that can be taken to form a more harmonious co-existence between refugees and receiving host communities in the country.

Hint: Stand a little further back

Living up to its status as the country’s leading human rights film festival, FreedomFilmFest promises to keep audiences on the edge of their seats and leave them with new insights that can only be gained through the powerful medium of film. The festival has produced over 40 local Malaysian human rights documentaries over the last 12 years and showcases over 30 outstanding locally and internationally produced films every year that always manage to create a better understanding of human rights among the general public. With their constant dedication towards increasing public awareness on human rights, it is without a doubt that FreedomFilmFest succeeds as a platform for activists and independent filmmakers to inspire and educate the public by using video as a medium to tell their stories the way they want to tell it.

If you’re interested in attending the festival this year, you can register here or find out more information from their website.