What’s Gout? Can we prevent it? 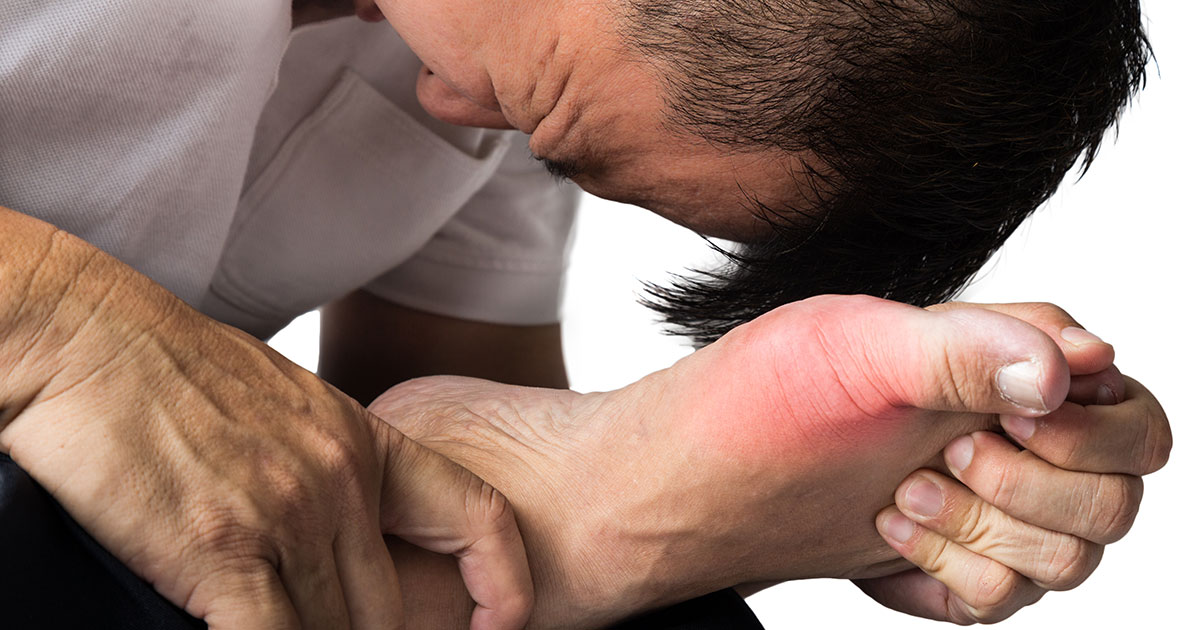 Even though living standards have improved, the percentage of gout sufferers has actually increased!

Based on statistics surveyed, for the past 15 years, the number of people infected with gout worldwide has increased between 15-30 times. In the United Kingdom, the number of gout sufferers has risen by 60% from 1997 to 2012. Based on current rates, it is predicted that by 2021 there will be 17.7 million gout sufferers globally.

In the past, gout was relatively rare in the Asia region. However, since the 1990s, nations like Japan, Taiwan, China and even Malaysia went through rapid economic development which significantly improved living standards for the common citizen as well as increasing the amount of meat in their diet. This excessive meat consumption is a major factor in the rising number of hyperuricemia diseases. Unfortunately, given the absence of obvious symptoms in hyperuricemia, such cases are often misdiagnosed. When gout-induced attacks on the joints surface a few years later, the organ damage has already been done.

Excessive consumption of foods high in purine such as seafood, meat, alcohol and beans causes the density of uric acid in the body to increase significantly. Without regular exercise to excrete it, uric acid crystal deposits will form, triggering gout attacks. About 20%-30% of the uric acid in the body are ingested from the food we eat while the remaining 80% are produced by our body’s waste. Therefore, one of the main factors for gout are bad eating or drinking habits (binge eating or drinking) which stimulates and accelerates the harmful accumulation of uric acid.

Gout is the most severe form of arthritis, causing immense pain to those who have it. For many people, the first sign of gout is usually pain in the big toe joint, caused by the sharp uric acid crystals deposited there. A gout attack comes in the form of a sharp, stabbing or tingling pain, accompanied by redness, fever and swelling symptoms. Acute gout attacks often occur at night when the immune system is going through the detoxification process. The pain often causes sufferers to have difficulty sleeping. Without proper medication, the gout attacks will occur continuously, with 60% of gout sufferers experiencing a second episode within a year.

Gout brings tremendous suffering that greatly affects the patient’s daily life. In severe cases, it may even result in death. To prevent gout, you should practise healthy eating habits – cut down on alcohol, drink plenty of water and exercise regularly. If you are diagnosed with hyperuricemia, it may be a sign that gout already is already creeping up to you! Gout may be crowned as the “Emperor Disease”, but it affects everyone equally.