How Ash in Pokémon is secretly the creator himself

Pokémon has once again become a worldwide sensation, and the franchise may actually deserve all the attention it gets, wrapping a massive 20 years success. In the midst of the late 90’s, Nintendo launched the first two Pokémon games, Red and Blue, designed almost entirely by Satoshi Tajiri, who founded Game Freak, a small team that published gaming magazines at that time. Funded by Nintendo after pitching the idea, Satoshi went to create one of the most iconic franchises in modern entertainment.

What makes Pokémon so immense?

The whole franchise was inspired based on Satoshi himself. The small pixelated character known as Red in the earlier games, was a younger version of Satoshi. As you navigate him out of Pallet Town into the wildness of Kanto, accompanied by a seamless background tune, you begin to experience the vastness of his childhood imaginations. The name Pokémon was derived from “Pocket Monsters” because it was introduced for the Gameboy, a device which you carry in your pocket. However, Satoshi may have more reasons.

As a child, Satoshi was carefree. He spent most of his time outside, collecting insects and small creatures. He was always excited to see different insects in other parts of the town. He would walk to the ponds and find water insects, he would pick up sticks to inspect them, and find insects in the there. He would sometimes catch them, and place them in small capsules, or boxes, which later he carries around in his pocket. Satoshi successfully embedded the same element of discovery into the game. In the games, you would only encounter Pokémons in tall grass, ponds, or caves and just like insects, sometimes you run into a swarm. Apart from the main character, you will also meet a fellow trainer, a Bug Catcher by the name of Tajiri. As a child, Satoshi was nicknamed “Dr. Bug”. 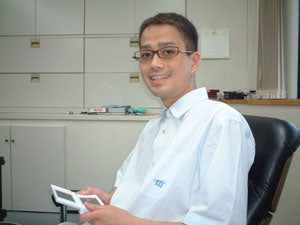 Satoshi grew up in Machida, which makes the greater part Tokyo metropolis, and located in the central Kanto region of Japan. In the first generation of Pokémon games, you will begin in a region which most players thought was called Indigo, due to the Indigo Plateau. However, Nintendo later confirmed that the region was called Kanto. The Kanto region in the game is not only identical to the actual Kanto region in Japan by name, but also geographically almost entirely. You begin in Pallet Town, which was a model of Shimoda City  (Satoshi’s hometown). As you venture out, you will come to Celadon, a bustling city which was inspired by Shinjuku, the commercial center of Tokyo. Life was different here, and Satoshi was saddened by the changes his hometown endured, as buildings sprawl up, covering places he used to hunt for insects.

The Kanto region. The game music plays in my head everytime I see it.

Satoshi’s mom was a housewife, and his father worked for Nissan. Growing up, Satoshi had a few disagreements with his father especially about his career choices. His father wanted him to become an electrician, which Satoshi was not at all interested. He also suffers from Asperger’s syndrome, that fans speculate might have caused both his hobby for collecting bugs and his distance from his father. In the games, you will start at home, and you only see Mom, and the father was not around. You will later defeat the father in a high ranking Pokémon tournament.

There are no proper time reality in the games, as Red doesn’t need to sleep, eat or rest. Satoshi is famously known for sleeping for 12 hours and work the next 24 hours. He is used to the idea of a continuous process, and has been working that way until now.

Shimoda City a.k.a Pallet Town, where Satoshi grew up.

However, Red was not the name we all remember. The anime series introduced Ash Ketchum, and his buddy Pokémon, Pikachu, a story of his journey to become a Pokémon Master.

The name Ash was derived from the Japanese version of the character, also named as Satoshi. Ketchum was simply taken from the tagline of the show, “Gotta Catch ‘Em All!”. Seen together rivals, Satoshi a.k.a Ash and Shigeru a.k.a Gary

Ash’s rival in the series was named Gary, which was derived from Shigeru, a reference to Shigeru Miyamoto, who designed Super Mario Bros (1985), and was a mentor to Satoshi. Satoshi admires Shigeru, which he admits that he will never be as good as him.

There might be a be a lot more of his childhood elements in Pokemon games and animes, but Satoshi was not a big fan of the spotlight. In an interview with Time magazine in 1999, Satoshi admitted that the character was himself as a kid.

TIME: “The main human guy is named Satoshi. That’s your name. Is he your alter ego?”

The Pokémon universe is riddled with lores that date as far as a few thousand years before the story of Red unfolds. There still many mysteries that surrounds certain aspects of Pokémon, and fans have been generously introducing theories to explain many, one includes a theory that Ash might be in a coma the whole time the anime series took place!

Satoshi Tajiri is currently the CEO of Game Freak and still works with the Pokémon franchise.