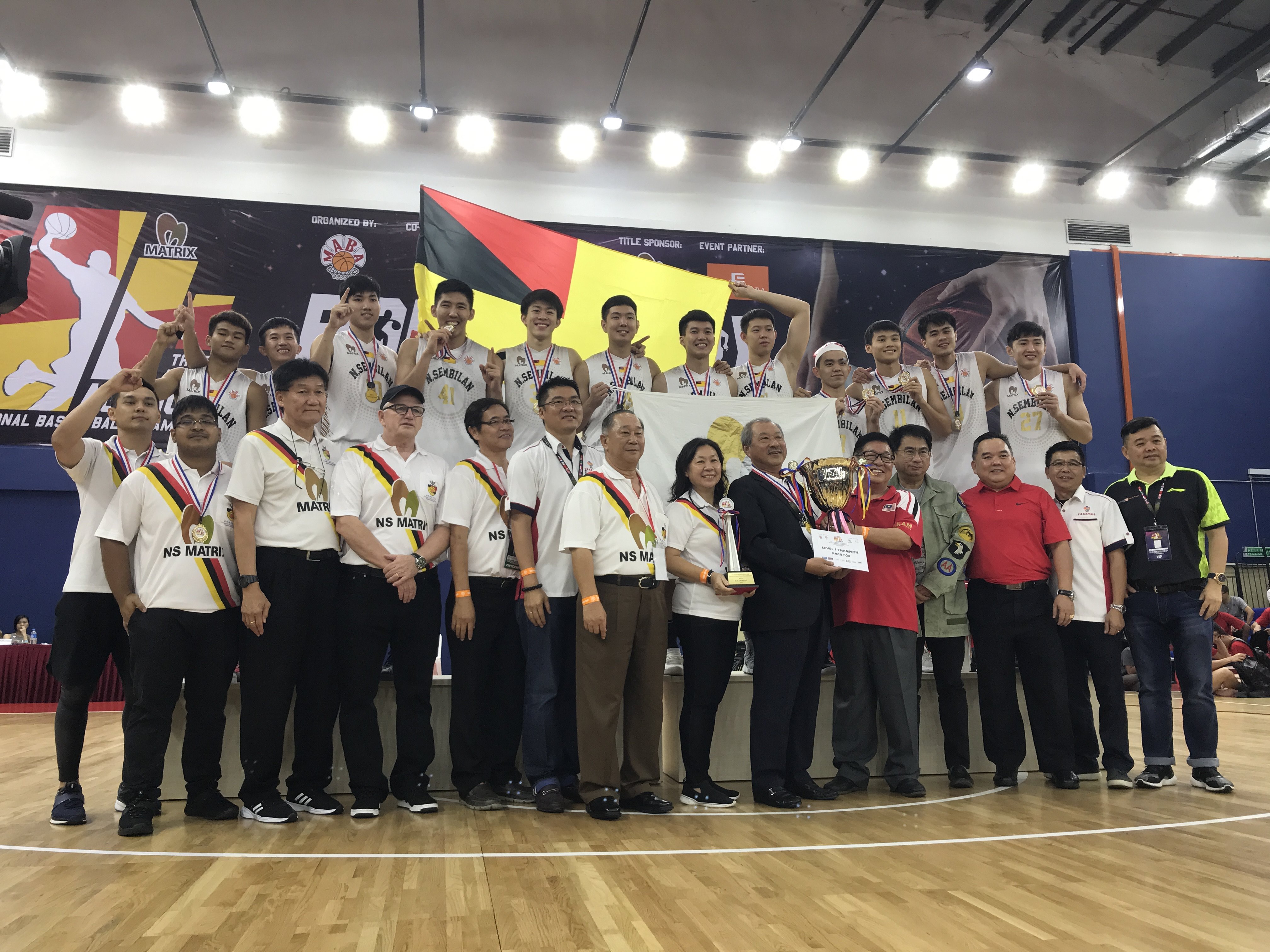 The battle between two titans and Negeri Sembilan defended their title again for the second consecutive time in the 59th MABA/Matrix Agong Cup basketball championship.

Malacca succumbed to their loss after losing key player Guganeswaran Batumalai in the early fourth quarter as Negeri Sembilan took on Malacca with a man-to-man full-court pressure to keep them at the bay. 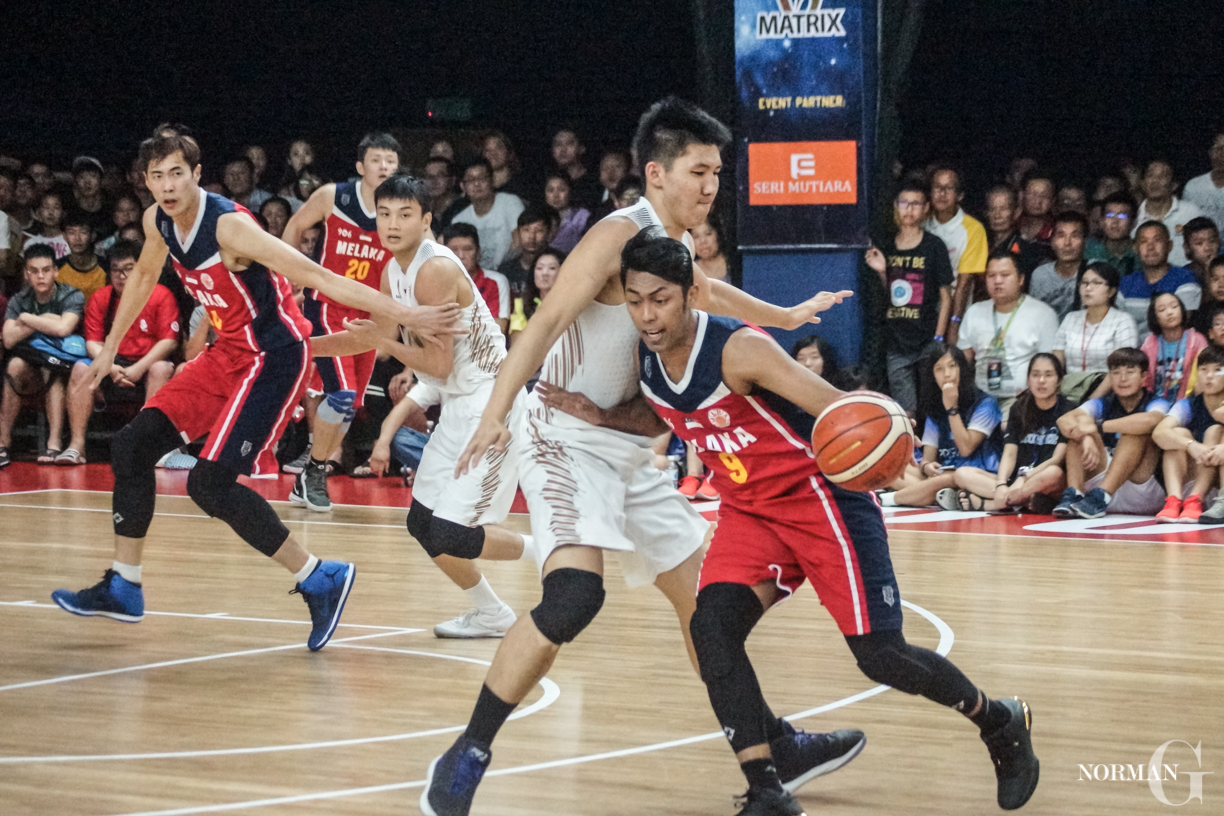 Teo Kok Hou of Negeri Sembilan was crowned as the finals’ Most Valuable Player (MVP) with 16 points, 6 assist, 4 rebounds and 3 steals.

Wong Yi Hou, Perry Lim and Ting Chun Hong bagged 18 points, 15 points and 10 points respectively. Perry also took home an individual award of the championship as the top rebounder with an average of 12 rebounds per game.

Malacca’s Chin Zhi Shin and Ma Chee Kheun led the team with 15 points each while Guga took home with 10 points.

It was back to ground zero between the two juggernauts of the men’s basketball finals. Despite the bitter loss to Negeri Sembilan in the preliminary rounds, it was not an easy challenge for the defending champions to take down Malacca.

The veterans versus the young national players: the clash of the titans between the two teams. Negeri Sembilan was keeping their moves tightly to Malacca with no clear leader in the first quarter. Malacca took an early lead and raining their scores from the perimeter with three points from vets Guganeswaran Batumalai and Loh Shee Fai to keep their opponents at bay. Malacca was leading by five points in the early half, 10-5 but Negeri quickly overcame their lead 17-16 in the final two minutes of the game.

The hustle was kept as minimal despite many physical fouls in the court, both teams were playing a much careful game compared to the previous match in the preliminary rounds. A minor altercation between Kuek Tian Yuan and Ma Chee Kheun resulted in a short three-minute halt in the game after Perry Lim was hit on his throat from the hustle.

Ma returned the fire and Malacca reclaimed the lead from Negeri, taking a final buzzer beater shot from the perimeter, 19-22.

Negeri did not make it an easy path for Malacca in the second quarter but dynamic duo Guga and Chee Li Wei running on their baskets with more scores. Malacca was already in a comfortable lead of 8 points, 27-35. 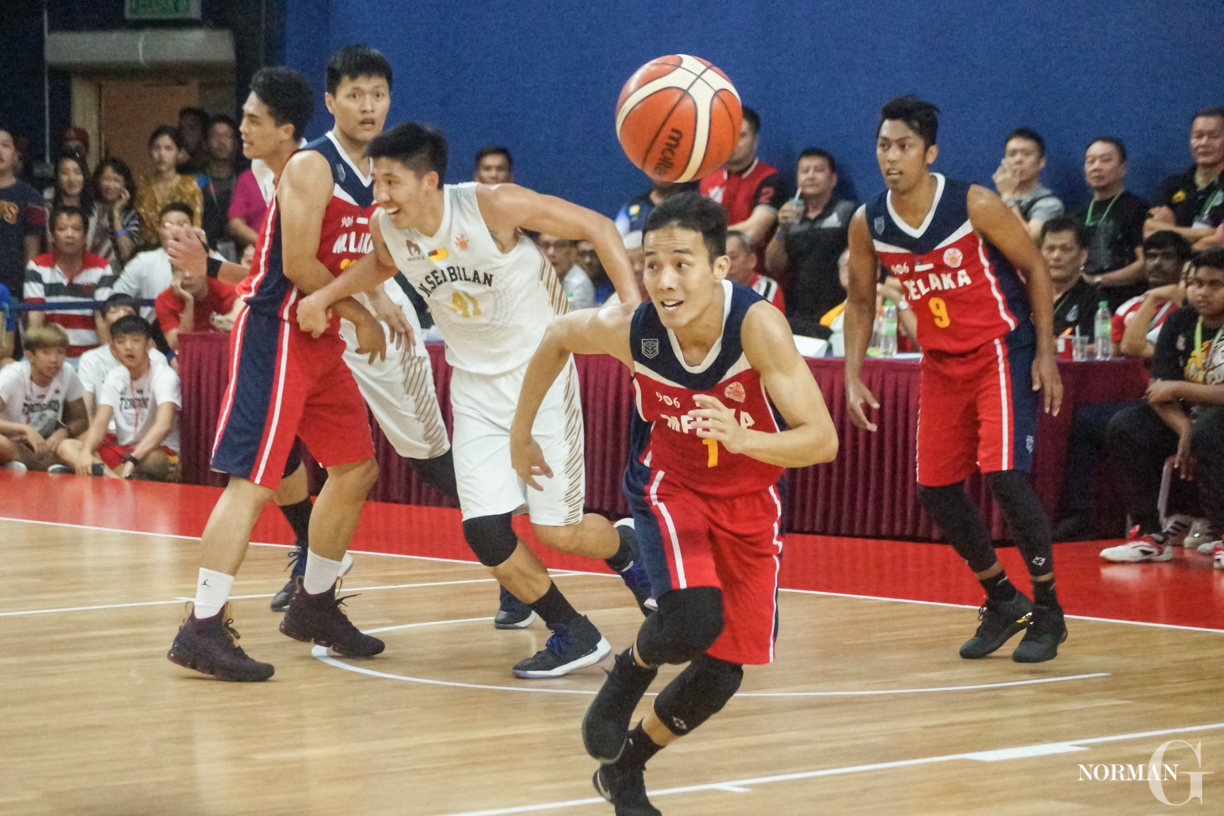 As the evening rumbles into a thunderstorm at Cyberjaya, the crowd at the House of Champions rallied their teams in the court. Both teams were getting more defensive and physical as Negeri managed to shave Malacca’s lead down from 12 points to four, 40-44 in the last four minutes of the third quarter.

Malacca had to pay the price for numerous mistakes made in the final two minutes of the third quarter, giving away six crucial points for Negeri Sembilan to reclaim the lead, 50-48.

Luck was not on the side for Malacca as Wong Yi Hou’s three-pointer tops the five points scoring run for Negeri. Malacca was already trailing by 7 points in the early two minutes of the final quarter. 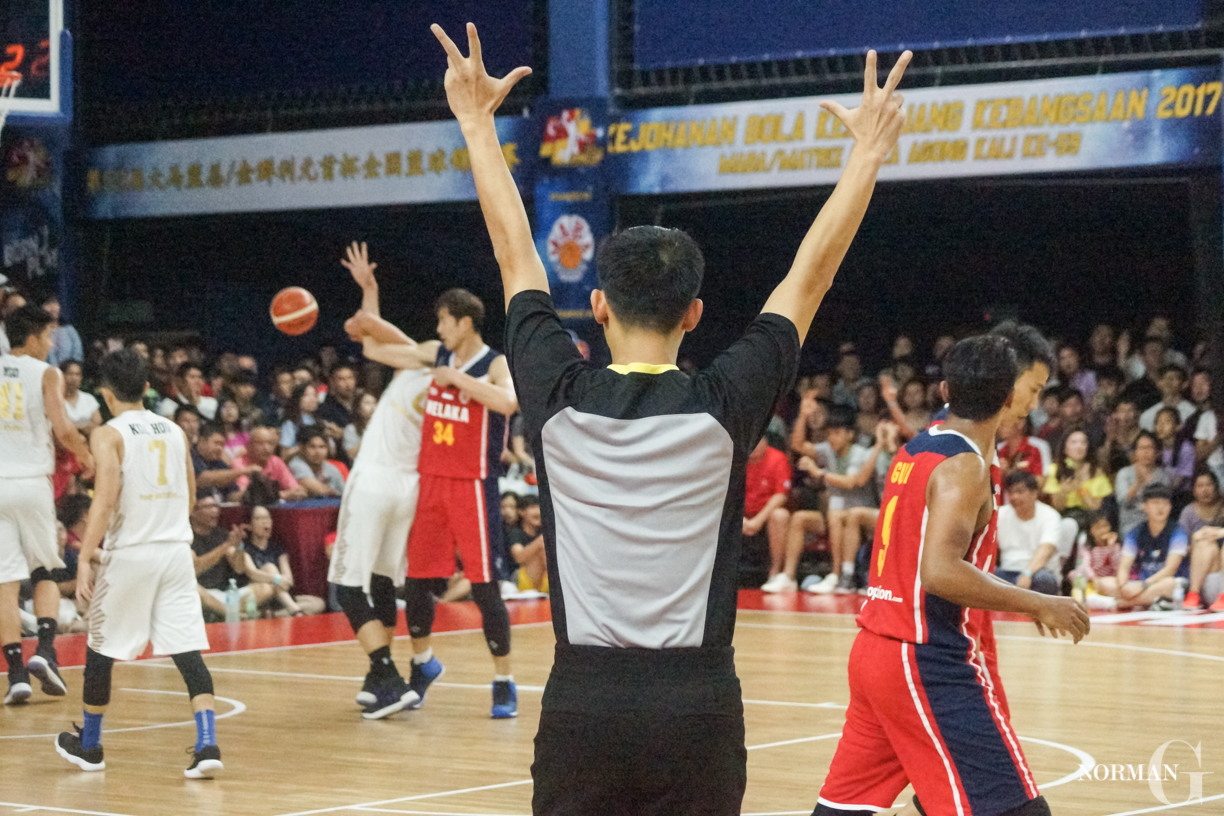 Plagued with poor stamina and seeing both gunners Guganeswaran down with a knee injury while Chee Li Wei and Ma Chee Kheun tried to defend the fort for Malacca but it was far too late for the team.

Negeri Sembilan steam-rolled their way and sealed the win with a final double-clutch dunk by Wong Yi Hou was the main highlight of the game, ending the match from a 7 point lead to 14 points win, 78-64.

Meanwhile, in the women’s first division finals, Kuala Lumpur finally took home the championship title from Selangor after a 10-year wait defeating the defending champion in a dramatic close match.

Kuala Lumpur clinched the title after taking down Selangor in a nail-biting game by merely two points, 57-59.

Below are the final results of the championship:

Here are the individual awards of the championship: