A domestic violence survivor: ‘He didn’t allow me to smile’ 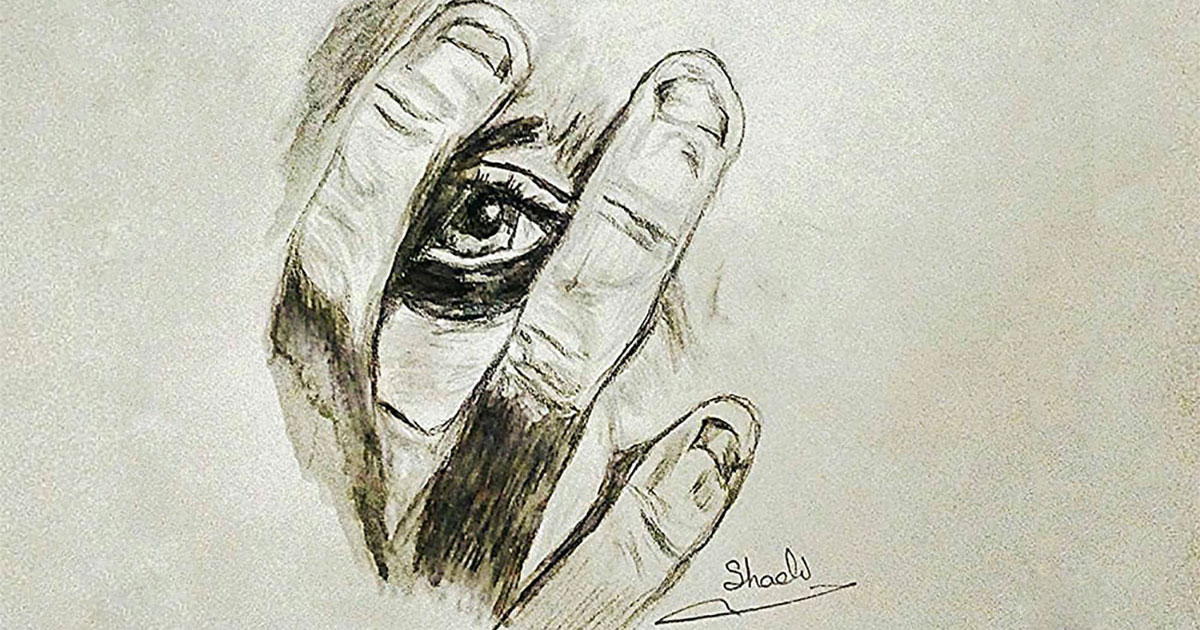 Beads of sweat break out on Linda Iskandar’s forehead. Amid the serenity of the Christmas displays at the mall, she’s carted along her two kids, six and 12, dressed in matching blue T-shirts.

Linda had walked over from her house, about 10 minutes away on foot. She considers herself lucky to have found a new home within walking distance of her place of work and her sons’ school. But as with everything else in the city, convenience doesn’t come cheap.

In August last year, Linda and her sons left home. Her friend, who had once sought refuge at the Women’s Aid Organisation (WAO) shelter, had called her a taxi. Linda only had time to pack two bags, RM15 and some buns to get them through the night. She left her computer, tablet, broken mobile phone, and her favourite sci-fi novels behind.

Linda hasn’t gone back since. Her friend told her that nothing much of value is left in the house, after debt collectors paid a visit. They took everything and put it up for sale. Only her old passport was left.

“I couldn’t stand it anymore,” she says. “I didn’t have any food at home. I was working at the time, but I had to quit my job.

“I don’t know what happened, people were coming to my house. They wanted money from me, and said he (the husband) borrowed something from them. They threatened to take my sons.”

Linda, 45, took shelter in WAO for about two and a half months. When she was there, she participated in the creative writing workshop conducted by Bernice Chauly. Now, she’s here representing domestic violence survivors at the book launch of “Tina’s Journey,” reading a poem of her own at the event. 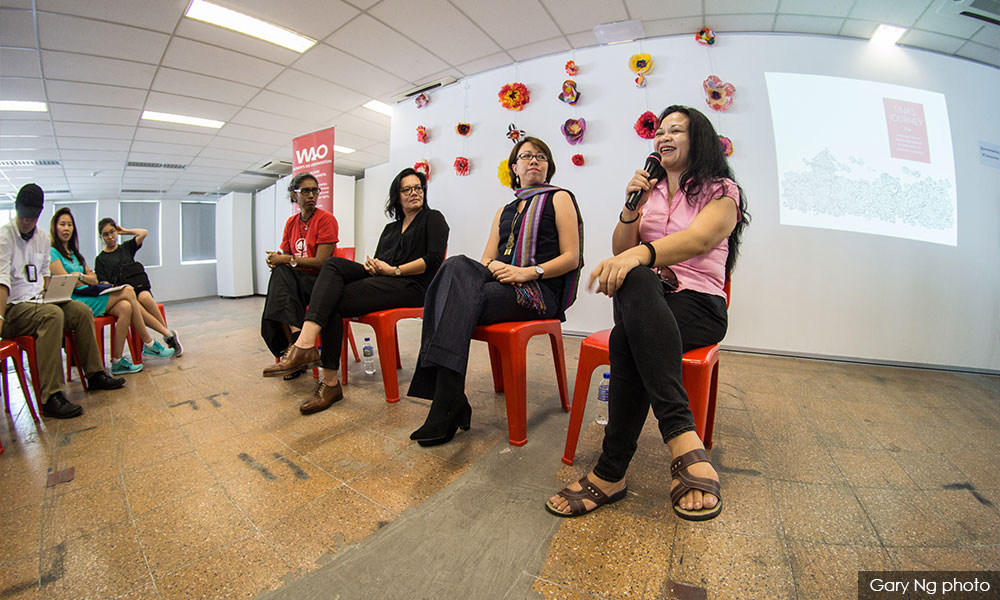 “I am not afraid to speak out. Most of the women are shy. Not shy, they are still ashamed of what happened to them.

“But this thing needs to be voiced out. It happens everywhere, but nobody is talking. I know there are still people suffering, they are just keeping it quiet,” she says.

It is hard to believe that this confident woman with a brilliant smile and a sharp sense of humour barely looked people in the eye in her 12-year marriage.

“It is the way we are brought up,” Linda says. “Women, no matter how high they study, have to get back to the kitchen.

“Same thing. Obey your husband, even if he is wrong. Oh my god, I never married again. Two boys are enough, two little men in my life.”

Her Pakistani ex-husband used to ask her to request salary advances from her company, two or three hundred ringgit each time. She made up excuses, like not having enough money for food. He would spend the money wantonly.

“It always like that. I was fed up, but I still kept quiet, I don’t know why,” she confesses.

“I felt embarrassed and ashamed.”

But her friends advised her to listen to her husband – because he was her husband. That’s the feedback she got and she learned how to be domesticated, as an ideal woman like many others did.

Linda worked at a construction company in Brunei for 10 years, starting as a data analyst and working her way up to company representative for overseas meetings and training. She met her Pakistani husband after she came back to Malaysia, and they fell in love and got married.

At the beginning, both of them started a small food business somewhere near Masjid Jamek. They had to wake up at 5am in the morning, and brought along four big chickens in plastic bags every morning because they couldn’t afford an ice box that time.

Business was good and they made some money. Her husband planned to expand the business by recruiting more people, and wanted his wife to rest at home. He had aspirations of giving his wife a better life, but that was when things started to come undone.

He neglected the business, and it eventually had to be wound up.

They then tried their hand at a clothes business in Chow Kit, but disaster soon struck. Their shop caught fire. She and an employee tried saving what she could from the flames, although she was pregnant at the time.

The fire made the news. She had lost everything. 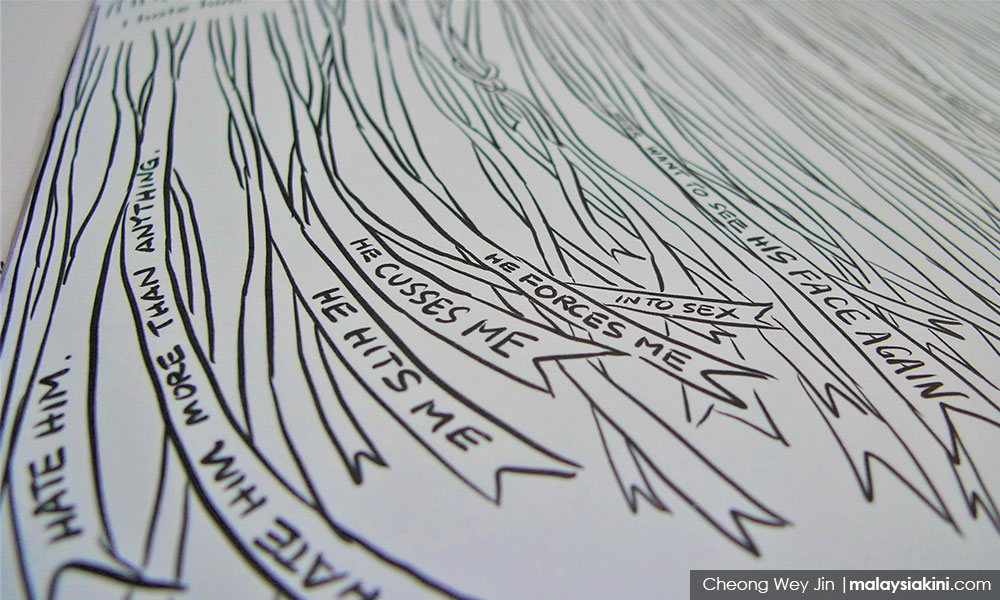 They started not being able to pay rent and moved from one place to another. Her husband couldn’t find decent work, eventually settling on a job which required at least 12 hours a day. His temper changed, and their relationship along with it.

The memory of how he first beat her is still vivid. It was in 2005, just two weeks after Linda had given birth. She was happy. They went out shopping one day, but after advising him to stop playing with his phone, he looked up, turned around and slapped her across the face in public.

The shock numbed the pain. Her newborn baby was in her arms. When they got home, he locked her up in a room for two days, so she wouldn’t run away.

“Never reveal the skeletons,” Linda told herself, despite the escalating abuse. She was covering for him. When she was first locked up, she didn’t dare scream for help. And the silence grew.

Things never got better. He called her ugly and old, reminding her that she was lucky to be with him. Every time she threatened to leave, he threatened her in turn with violence. He would interrupt the rare moments of levity she had with her kids, never allowing them to laugh.

Even his Facebook posts were of him and the children, but not her. Linda was becoming invisible.

She learned not to look people in the eye, especially other men. She started wearing long sleeves to work to hide the bruises and breaks. Hospital visits were done on her own.

Linda never lodged a police report, not even when he hit her with his car. She was afraid of her real condition seeing the light of day. “Never reveal the skeletons.” She clenched her hands together at job interviews, hoping the bosses would never get around to asking about her home life.

The only thought in Linda’s head when she attempted to kill herself was how he would benefit from inheriting her EPF. 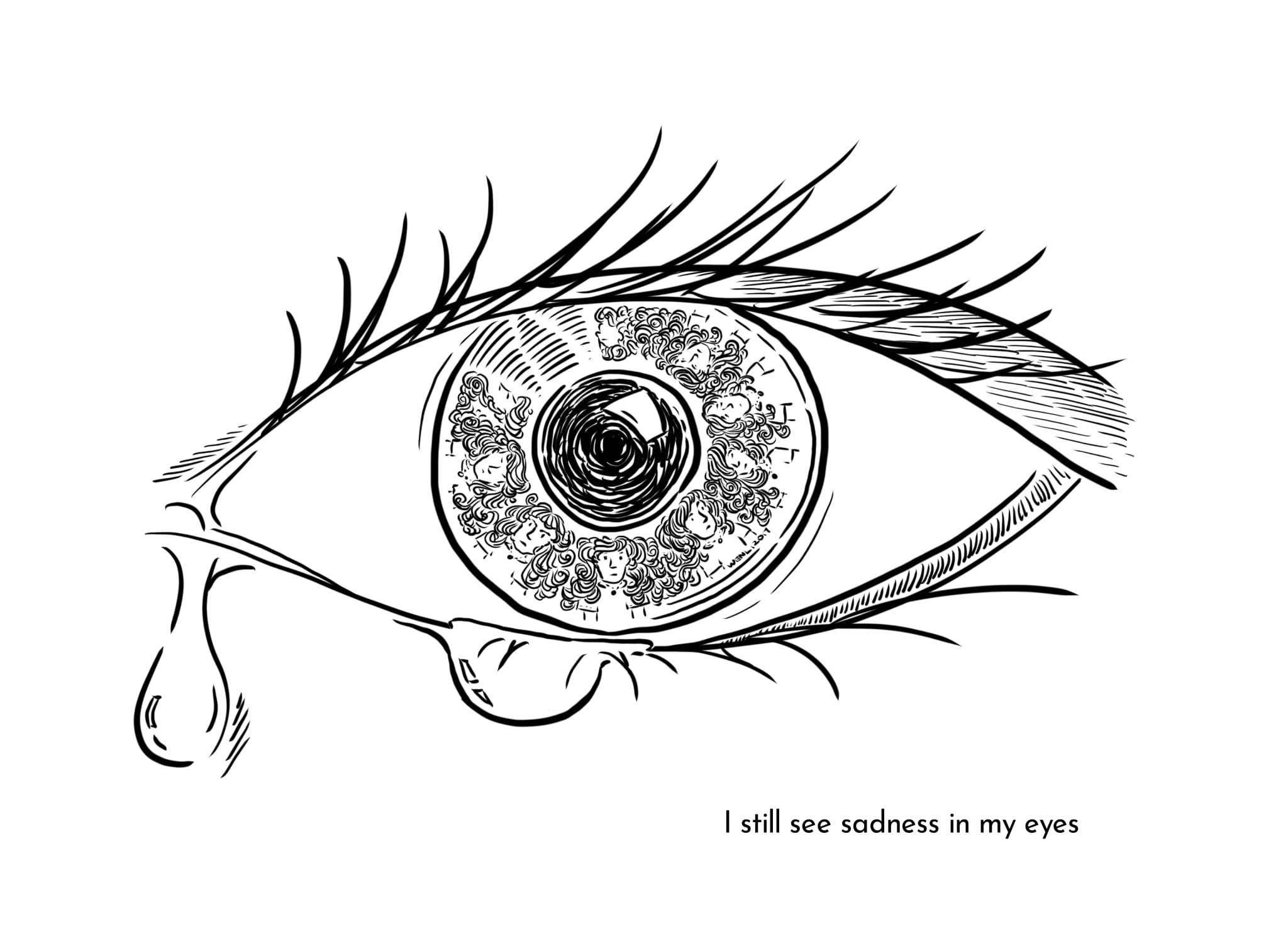 Like many survivors do, Linda stayed put, despite being at the end of her tether. But when he started to abuse the children, she knew it was time to leave.

“Do you know the first thing women will do in the shelter?” Linda asks. “Sleep.”

She says you can hear the women snoring from the rooms, after leaving their children to play in the shelter. They cannot sleep well at home, and remain half-awake in case something bad happens.

“But at night, you will always hear muffled cries,” she adds, or screaming into pillows.

When Linda first got to the WAO shelter, she cried too. But she didn’t want her sons to see her in that state, so she did her crying in the backyard.

Linda refused to talk much to anyone at the beginning, and was also reluctant to join in any of the classes on offer, like yoga or handicraft classes. But she found refuge in the kitchen.

“I only put myself in the kitchen. When they need volunteers to cook, I said I’ll cook. The kitchen basically became my centre.” It reminded of the house she left with no food, and the hunger pangs she had when she was locked up in the room 12 years ago.

After a time, Linda began to notice that women in the shelter were talking about their husbands, comparing whose was worse. Her friend told her that the women dared speak out because of a creative writing class. Out of curiosity, she signed up. 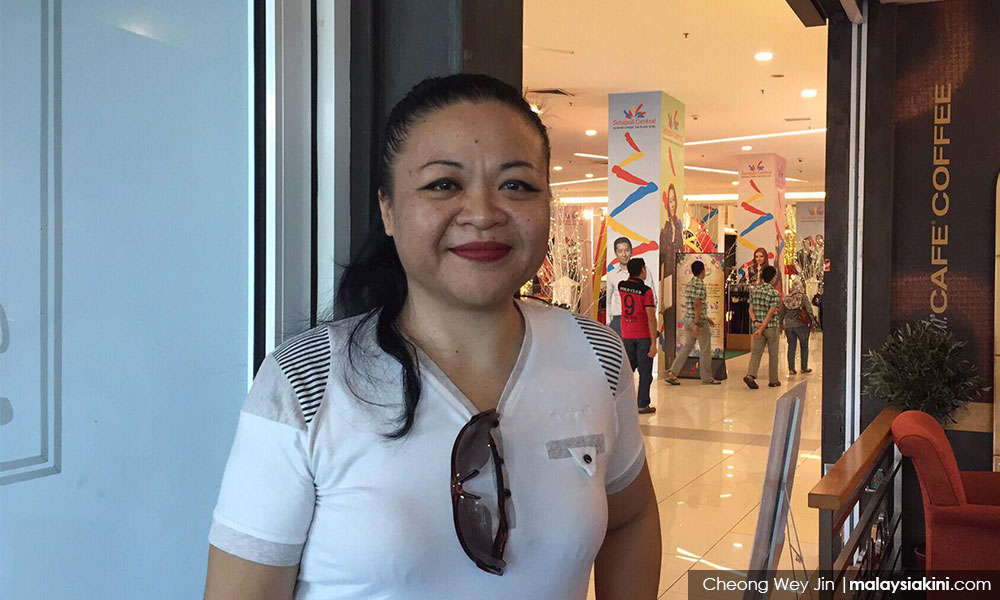 Linda was taken aback because of this friend, who was always shy and quiet, spoke up confidently in the workshop. But Linda was still reluctant to share her experience, even during the icebreaker session.

Until she wrote a poem one day. Reading it aloud, the class broke down in tears. “I was scared,” she says. “Was my experience worse than theirs?” But even the friends she had made at that point, who already knew her backstory, were crying. It was then she understood the power of writing.

Slowly, the creative writing workshop managed to unearth happy memories from Linda’s past, especially her childhood in Sabah.

“After Chauly’s class, I learned to accept things. It opens your eyes and your mind. She also taught us to love ourselves.”

She recalled that she worked in a “depressing bakery” as a teenager. But she was still able to have fun. “I pretended I was working in Hollywood. Everyone walked in was a superstar.”

The silence she had been forced into due to domestic violence had suppressed Linda’s sense of fun and humour – until the workshop.

After two and a half months, Linda decided to walk away from the shelter, knowing that there is a danger of staying safe. The shelter had become too comfortable, and it was time for her to get back out in the world and face it head-on.

Secretary jobs were hard to come by, because of her age. Her experience washing dishes at home or in doing accounts were insufficient for the restaurant and retail jobs she applied for.

To make things worse, her sons missed their father too much and begged to go home. Linda refused their request in the beginning but eventually relented for the sake of her children.

Somewhat inevitably, Linda emerged from the encounter with a broken finger bone and bruises on the back of her neck. But she wouldn’t be silenced this time. She called the police, and her husband was arrested.

He died in custody, awaiting deportation back to Pakistan, just a week before our interview. She was his only family member in Malaysia, so she was forced to delay reporting for her new job to sort out all the procedures for his return to his home country.

“I am upset. Strong man like him, who beat me up, just died like that because of a heart attack. It is really annoying.

“He was supposed to go back to his home and find a work and rebuild his… It is unbelievable,” she says, with one fist clenched.

“It was only after the class that I learned what happens. But it will not happen again.

“It is up to you. I choose to not let it happen again, and I will move forward. This feels like freedom.” Linda is due to report to work two days after our interview. In the absence of a national childcare policy, she’s thankful that her boss at least allows her to bring her two boys to work.

Linda says courage is something we need more of, especially when it seems like every step forward is followed by two steps back.

Walking back to the large Christmas tree, she says she wants to buy herself a diamond one day, to symbolise her marriage to herself.

In one of the assignments in the creative writing workshop, Linda wrote a letter to her future self, five years from now. In it, she said, “I have big dreams. I wish to have a small business on my own. I wish I could have a car, afford to go on holiday together with my children.

“It is very difficult but I will work hard on it.”

‘Name it, or a pain is nameless’: The stories of domestic violence survivors