Medic grad finds her calling at the Syrian refugee frontlines 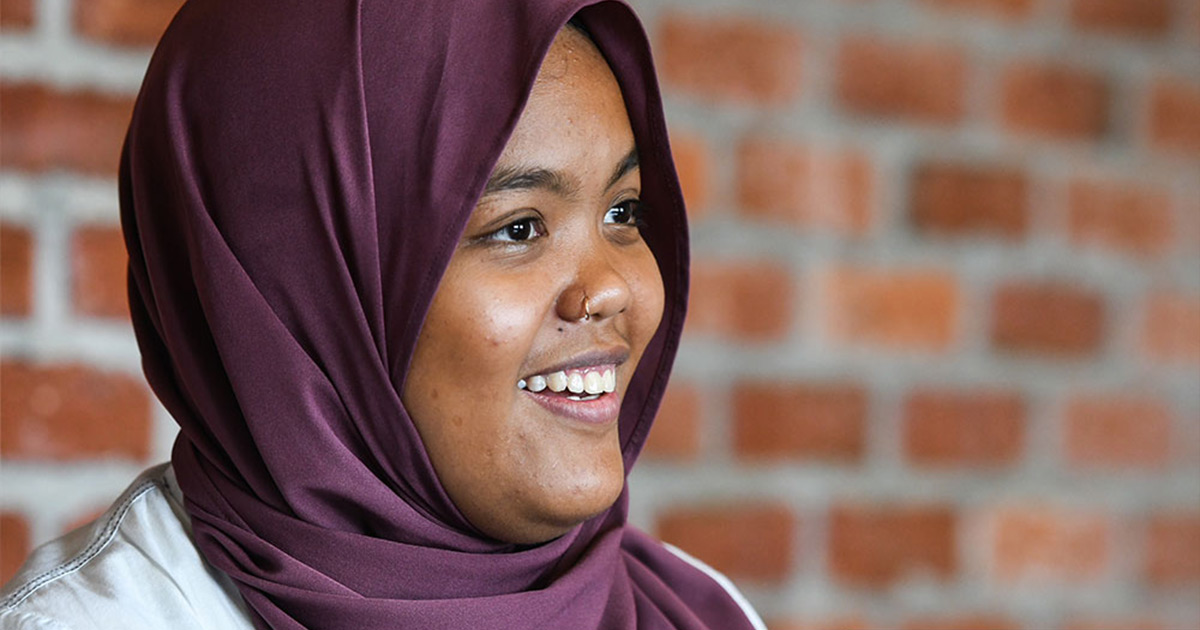 Since graduating with a degree in medicine last year, Nadirah Babji has found herself at the frontlines of the Syrian refugee crisis several times.She has travelled to Turkey, Greece, Serbia and other parts of Europe to provide medical aid and disaster relief as a volunteer. Prior to that, she coached school sports teams in Kenya, helped fundraise for an NGO in Tanzania and taught English in orphanages in China, Indonesia and India.

However, the 26-year-old from Bandar Sunway admits she grew up largely ignorant of the world around her.

Growing up in a small PKNS (Selangor State Development Corporation) flat and the eldest of seven siblings, Nadirah was more focused on avoiding bullies while studying hard to obtain scholarships to fund her education.

After scoring all ‘A’s in her SPM results, she qualified for a government scholarship to study medicine in Bangalore, India in 2011. Travelling across India by herself is what sparked her penchant for relief and community work.

Realising such needs in the places she had visited, she would stay a few extra days to offer whatever help she could.

“When I helped them, people would offer me to stay at their homes. The longer I stayed, the more I felt part of the family and part of the community.

“I got to talk to people, listen to their stories and learn about how they think. I really enjoyed that,” the chirpy Nadirah (photo) told Malaysiakini in an interview.

After graduating as a doctor, she embarked on an “epic” volunteering trip to Africa, and then to the Middle East and Europe in the Syrian refugee crisis while awaiting her housemanship placement in Malaysia.“I used up all my scholarship money and travelled as cheaply as I could.

“I stayed in hostels and I couch-surfed. When I was in Europe, I ate once a day,” she said.

Her work has caught the attention of various NGOs, who have engaged her to help set up medical facilities in disaster zones.

On Dec 12, Nadirah will be funding her way to Cox’s Bazaar, Bangladesh to help upgrade a medical clinic for Rohingya refugees there. 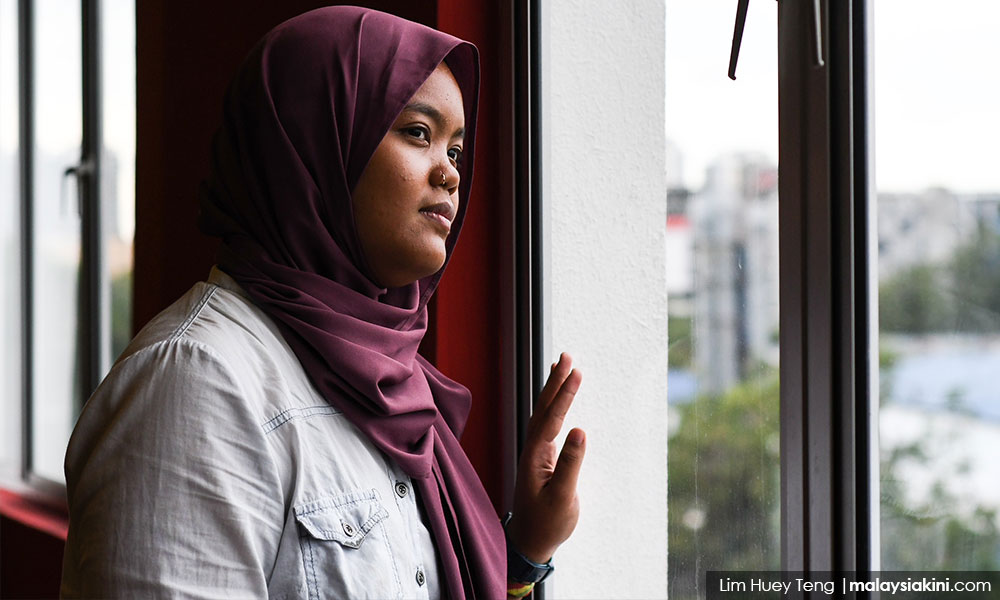 Here, Nadirah relays her experiences in her own words.

WHEN I FIRST ARRIVED at the Syrian refugee camps in Turkey, the living conditions of the refugees were really, really bad; many of them were sick.

One man I met had just had a kidney transplant one month back and he was suffering from severe pain. But we could not get any medication for him because the Turkish government did not want to give any to the refugees.

I was the only medic available in my first week. I did a lot of acute healthcare like attending to fevers and colds. I also did a lot of dressings of wounds. Many people had been walking for a whole month from Syria and many did not have proper shoes, so they had frostbite. Before that, I had never seen frostbites because I lived all my life in Malaysia and India, where it is hot. I had to call someone to ask how to do dressings for frostbites. 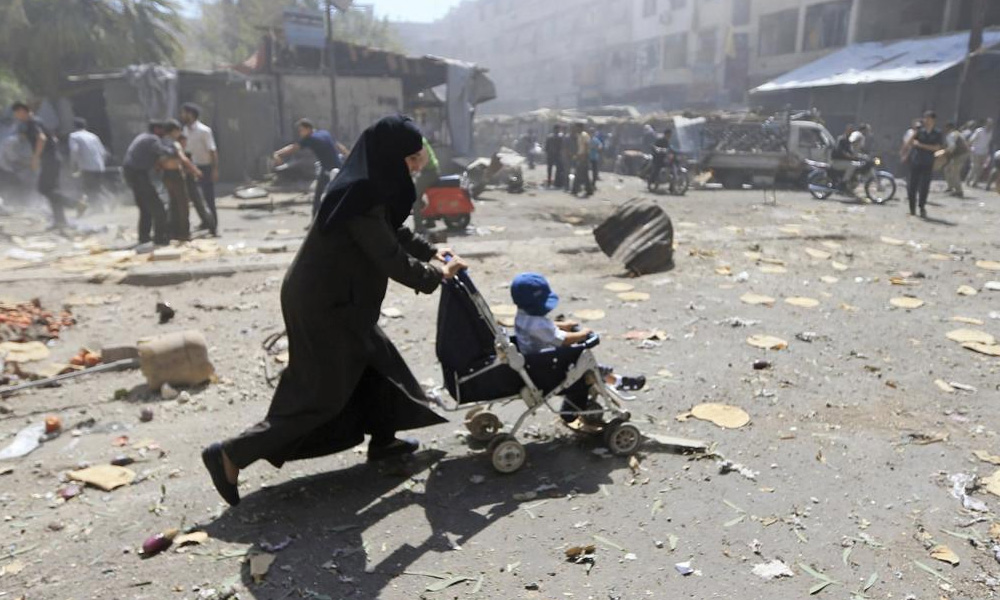 One man told me how there was a sniper at the Turkish-Syrian border. Whenever someone crossed the border, the snipers would shoot at you, he said. So what they did was gather 1,000 people and just pack everyone to cross the border together. They would still shoot you, but the chances of you dying are lower. Another way is to go through the mountains; families would choose to go through the mountains.

At the camps, everyone was wearing life jackets as they had to walk to the crossing area to take a boat to Greece. But I never saw across the border with my own eyes, because they only did it at night. Their objective was to set foot in Europe.

A mother was crossing the sea to Greece two day after delivering a baby. A Turkish hospital had released her one day after she delivered, without any pain medication. I could not do anything except call someone on the other side to tell them about the situation, that there was this mother crossing with a one-day-old baby.

TOWARDS THE END of my one-month stay in Turkey, there was an urgent cry for doctors to help out at the Greek-Macedonian border. At the time there were 20,000 to 30,000 Syrian refugees stranded at the border. It was a real catastrophe.

In March 2016, I decided to go to Greece along with two nurses from the US. We joined a Greek NGO called Kitrinos and they had this ambulance, which they modified into a mobile clinic. The bed was used as an examination bed and the back doors of the ambulance had all the sheaths for medicines and stethoscopes. We moved around in that ambulance to open up clinics, and people would queue up for them.

I WENT BACK TO GREECE in June last year. This time, the Greek government had closed the camp I was working in and they had evacuated everyone into military camps. So I had to move there too. 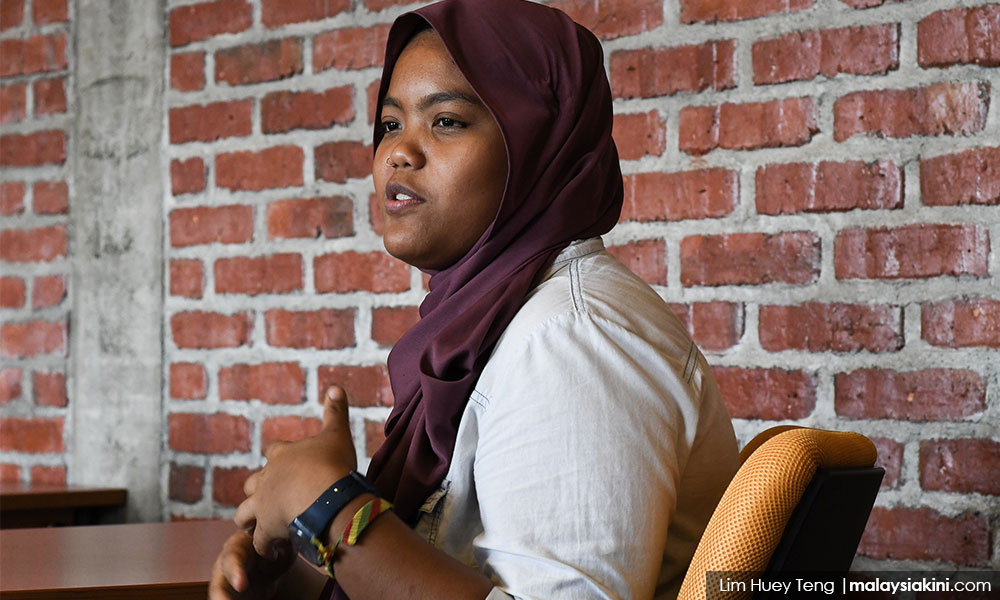 In the mornings, I would do follow-ups and I would go around the camps and check my patients’ blood pressure and if they had any chronic conditions. I even spent one week living in the military camp. I slept in my friend’s tent.

IT IS HELPFUL TO BE MUSLIM when you are helping refugees who are also Muslim. But when you help, you are human first and you help regardless of race or religion.

In Greece, I worked as a mediator between the refugees and the other volunteers, who were mostly European. I could answer when they asked why the refugees were wearing their winter clothes even though it was summer time and many people had already fainted from heat stroke.

I explained that we needed to give them clothes with long sleeves for modesty’s sake.

IN SERBIA I helped an NGO set up their medical operations for the influx of Syrian refugees there.

I think it’s a great thing to be given so much trust by these NGOs and to be involved in decision-making. They take my words seriously. I think a lot of people do not take 26-year-olds seriously. 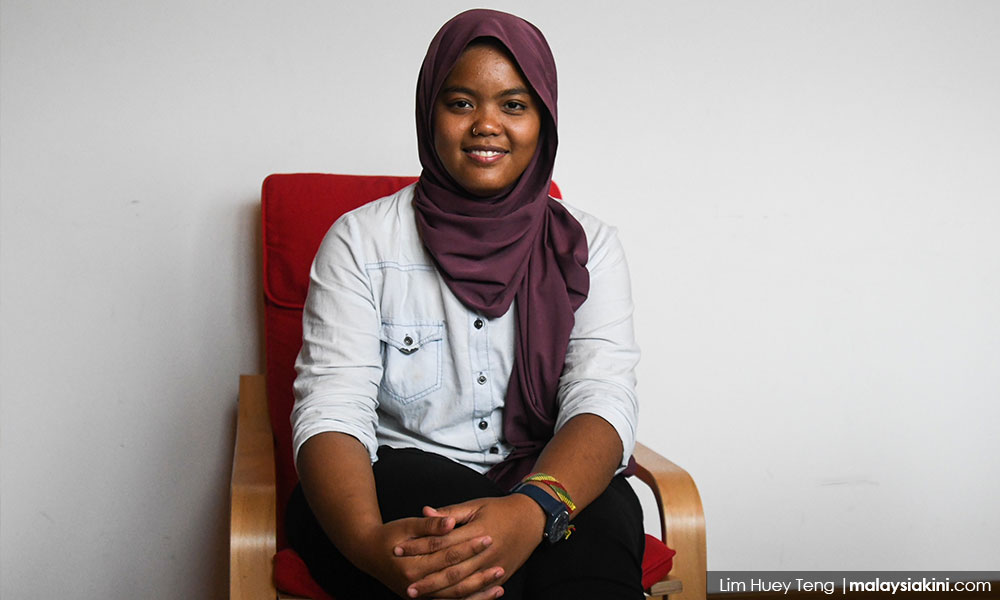 After that, I went Germany, Belgium and Bulgaria to visit some of my Syrian friends who have been relocated there. I traced them and went to see them. They are doing well and some of them have learned so much German that they have forgotten how to speak English!

VERY FEW OF MY PEERS are interested in doing humanitarian work like this. There is a lot of need, and there are always calls for doctors to help.

For me, I always think how it would be if my mom and dad were the ones who were the refugees. I am not from a rich family, so I know what it feels like to not have the things you need. It is hard enough to be poor in your own country, but it is different to be poor in someone else’s.

MY EXPERTISE IS DISASTER RELIEF AND HUMANITARIAN AID. Plus, I am a qualified doctor, so it is best that I do medical aid. What I learned when working in Greece is that you can serve communities best when you do what you know best.

I follow the refugee situation that is in Malaysia quite closely and I think the issue here is more about advocacy and getting refugees their rights rather than disaster relief. This is because we have not signed the UN high commissioner for refugees (UNHCR) 1951 refugee convention.

NEXT, I will be spending one month beginning Dec 12 at Cox’s Bazaar, Bangladesh to help an NGO set up a clinic for Rohingya refugees.

Presently, the clinic only has four walls and is very small. It needs private rooms and a proper examination bed, even if it is just for primary health care. This will be my first time working with the Rohingya.

I am quite excited to learn what is going on, there because I think the refugee crises in different places have very different scenarios. I think it might be very challenging, especially when human rights are not so well established in that part of the world as compared to Europe. I am really looking forward to it.

Financing my trip has been a challenge. My target is USD1,000 (approximately RM4,080), but so far I have only collected RM500. My hope is once I get there, people would donate more because they can see me do things.

MY DREAM is to set up my own search and rescue team and be able to go to disaster zones. This is my passion.

Once I started working with refugees, I realised that this is what I want to do in life.