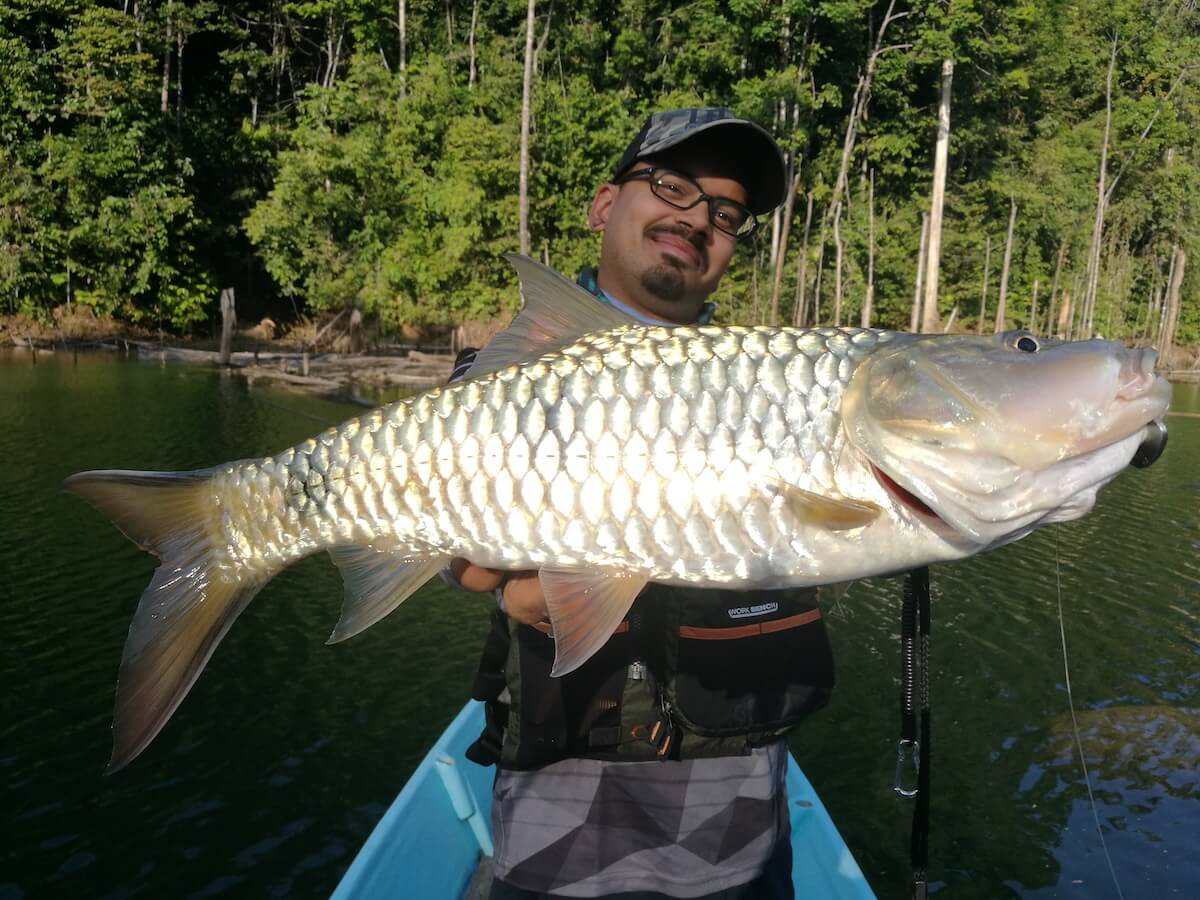 Murum Dam is located on the Murum River, the uppermost part of the Rajang River basin. It is fed by numerous rivers and streams, which makes it an ideal fishing ground for nice sized double-striped hampala barb (Hampala bimaculata), also known as sebarau.

My first fishing trip to Murum was in 2016, which saw us landing dozens of sebarau, and I have been itching ever since to visit the dam once again.

Thankfully I wasn’t the only one who felt this way. My friend Gerard seemingly plucked the idea straight from my brain, and soon enough we were on the way to Sarawak, joined by another two friends, Boon Yew and Kelland.

We flew into Bintulu from KLIA, before checking into our hotel for the night. After a delightful dinner and cold beers, we decided to get to bed early so that we would be fresh and ready for the next day. 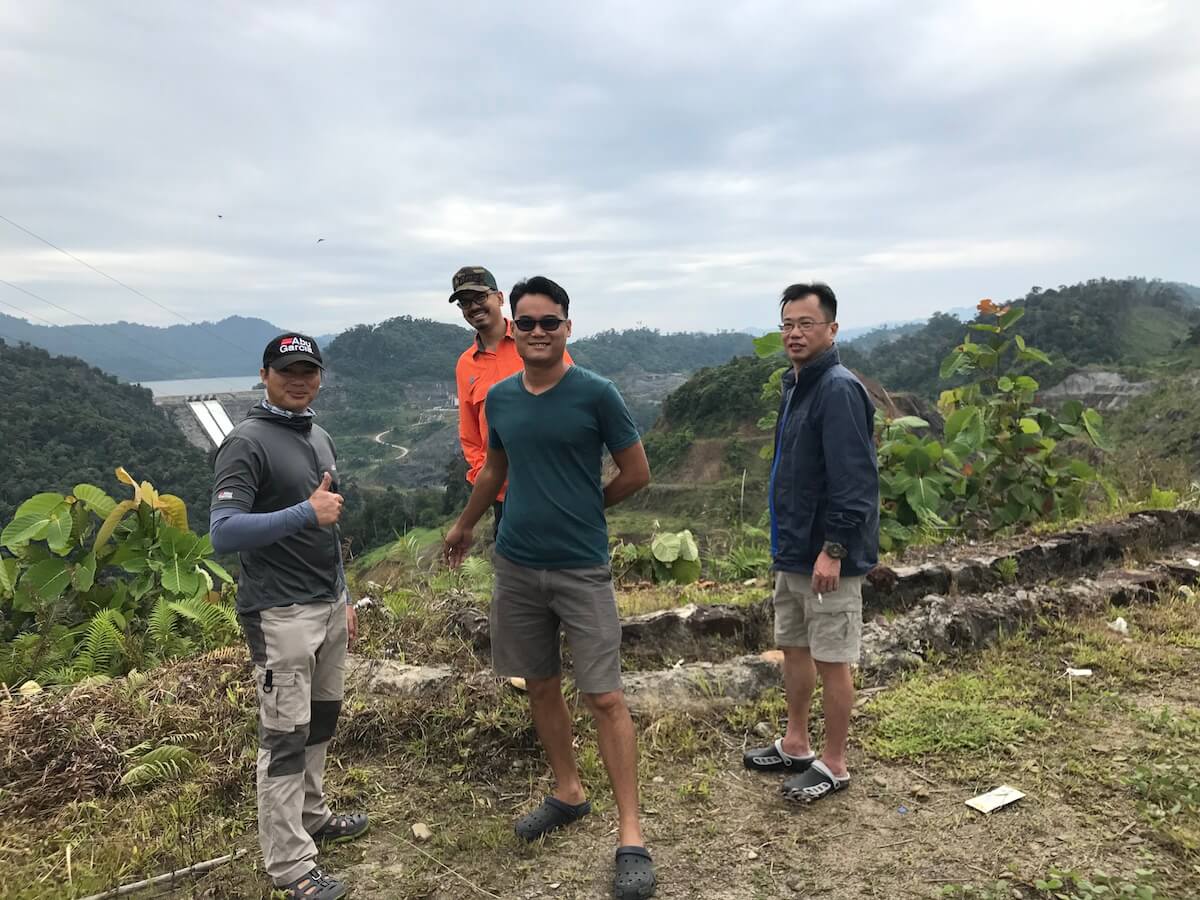 Richard, who was our guide and boatman for the trip, picked us up from our hotel in his four-wheel-drive before sunrise to begin our five-hour-long journey to Murum dam.

Several hours later, we stopped at a local Iban farmers market, where we bought some last minute supplies which we would take with us.

Upon reaching the jetty, we all eagerly loaded up into our two boats. Gerard and I were the first in with our boatman Ikhlas, while Kelland and Boon Yew got in Richard’s boat. 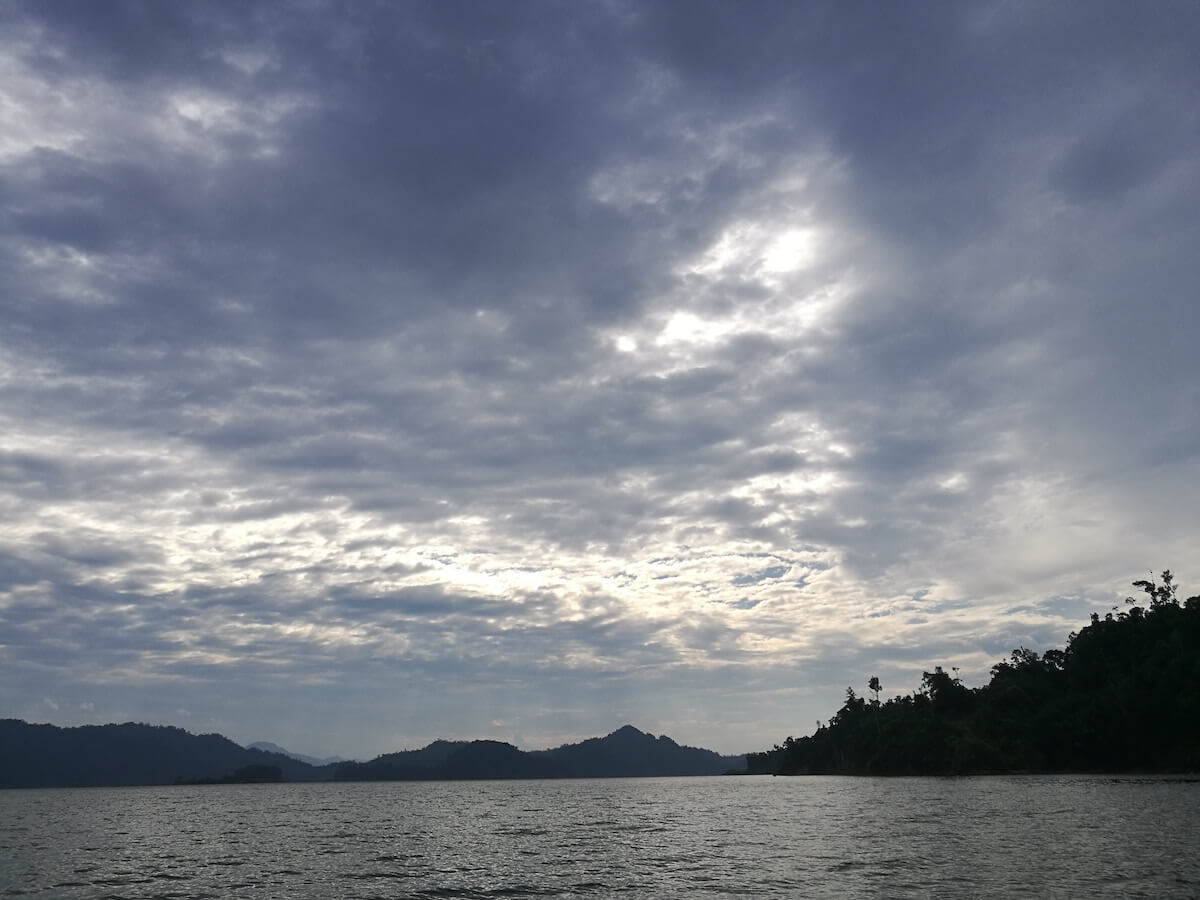 The jelatong or floating house, which we would be calling home for the next three days, was about two hours from the jetty. But we had come all this way and couldn’t wait, so we decided instead to fish first before heading out to the jelatong.

The boatmen reminded us that when fishing in Murum, it’s best not to focus too much on the main lake, but instead the areas where rivers or stream flow in, as this is where the sebarau usually converge. 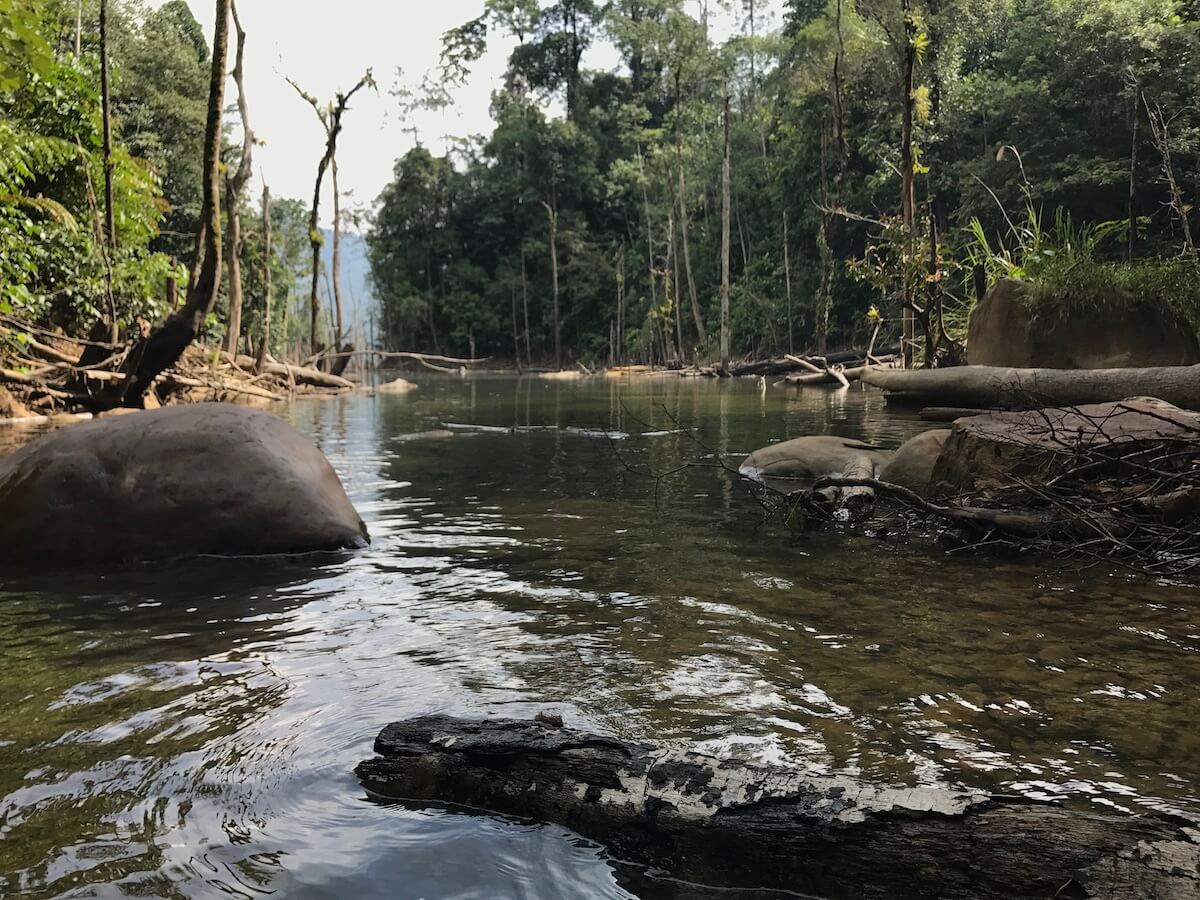 The lures which I had prepared for the trip were mostly sized 70mm and below, such as the DUO M65, Spearhead Ryuki, IMA Ligid, Berkley Dredger, Rapala CD7 and Fat Rap. I also brought along a variety of spoons, such as the Daiwa Chinook, Abu Island and Tok Wan, as well as several spinnerbaits. 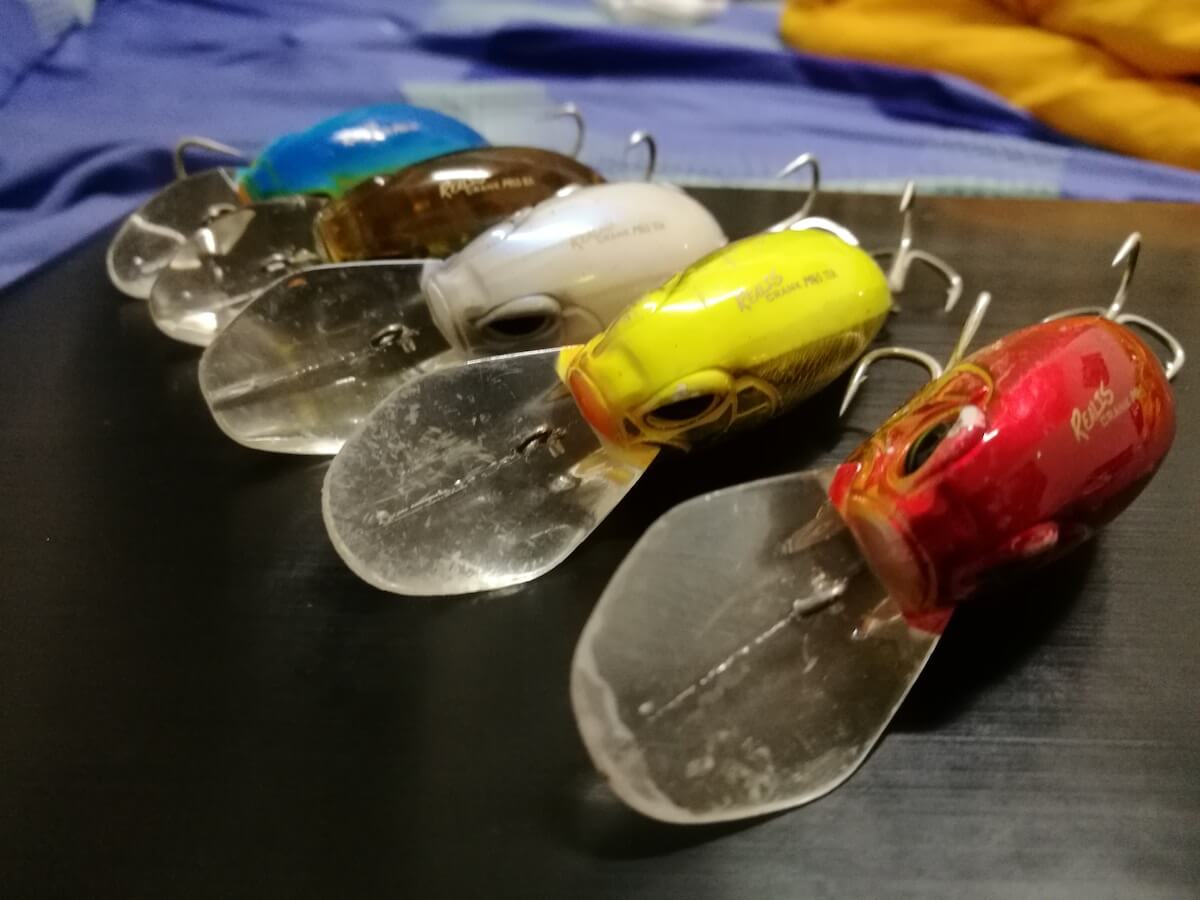 When we reached the first spot, Gerard and I immediately noticed that there were nets which had been set in the area. This wasn’t a good sign, as we knew that this would have adverse effects on our fishing, so we immediately decided to switch to a different spot.

Upon reaching our second spot, Gerard, who was using a rather large spinnerbait immediately cast it out. He allowed the spinnerbait to sink for several seconds before retrieving.

Several casts later he got a solid strike which stripped the line from his reel and after a nice fight, Gerard landed himself a 1kg sebarau which we released quickly. 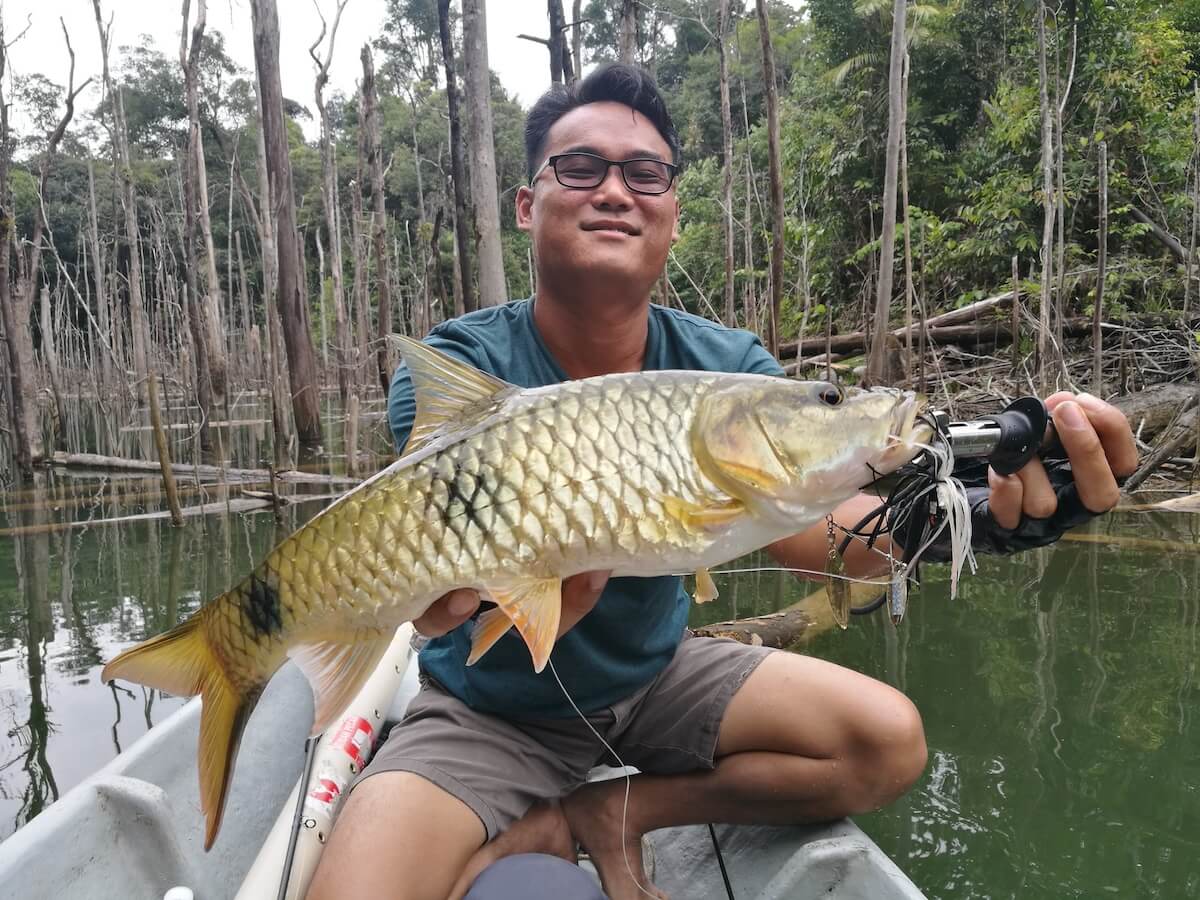 Meanwhile, I was using the Daiwa Chinook spoon, and despite getting several “knocks” from the fish, none of them took my lure. After several attempts I changed to an IMA Ligid, which I casted out before letting it sink for several seconds before retrieving it.

The technique which I used was that I would jerk and stop while retrieving it, and on my second cast I got a solid hookup which turned out to be another nice sized sebarau.

While I was getting the fish out of the water, Gerard got yet another strike on a small shallow crank which he had changed to. After taking some quick pictures, we safely released both fish back into the water. 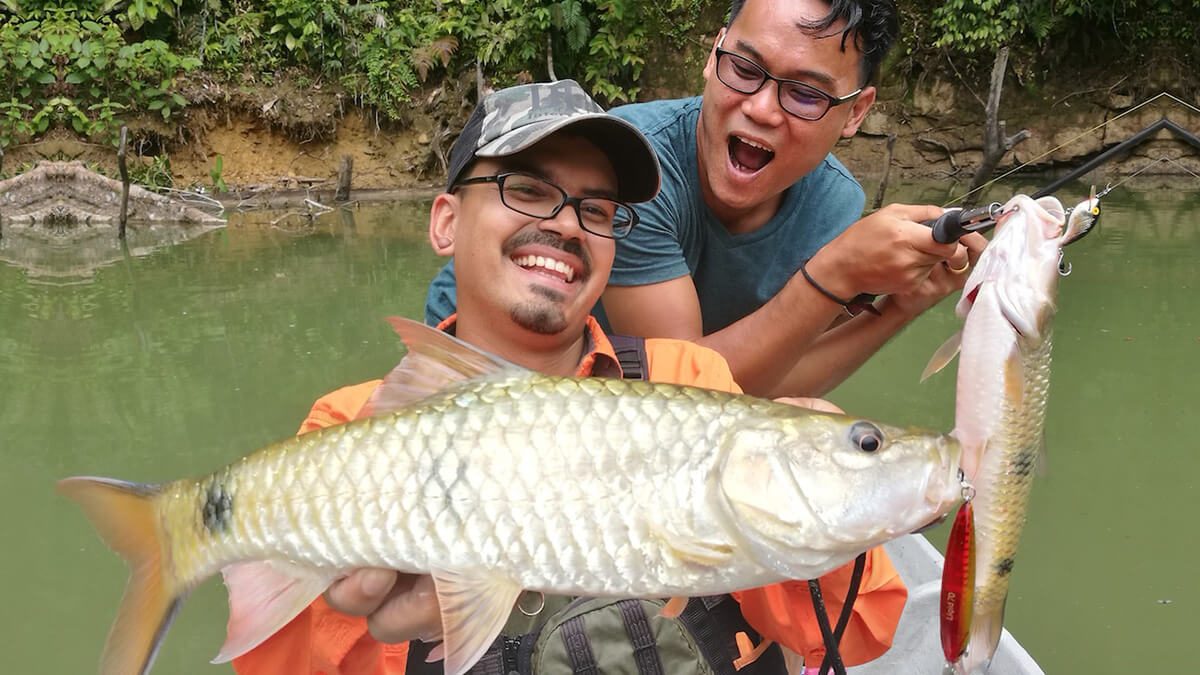 Murum being a relatively new dam has numerous dead trees which stick out of the water. While we were casting, our boat knocked into one of these trees which led to a big rotten branch to come crashing down on our boat.

After checking if everyone was fine, I found that the branch had smashed directly onto my TecnaAVX rod and broke it in half. 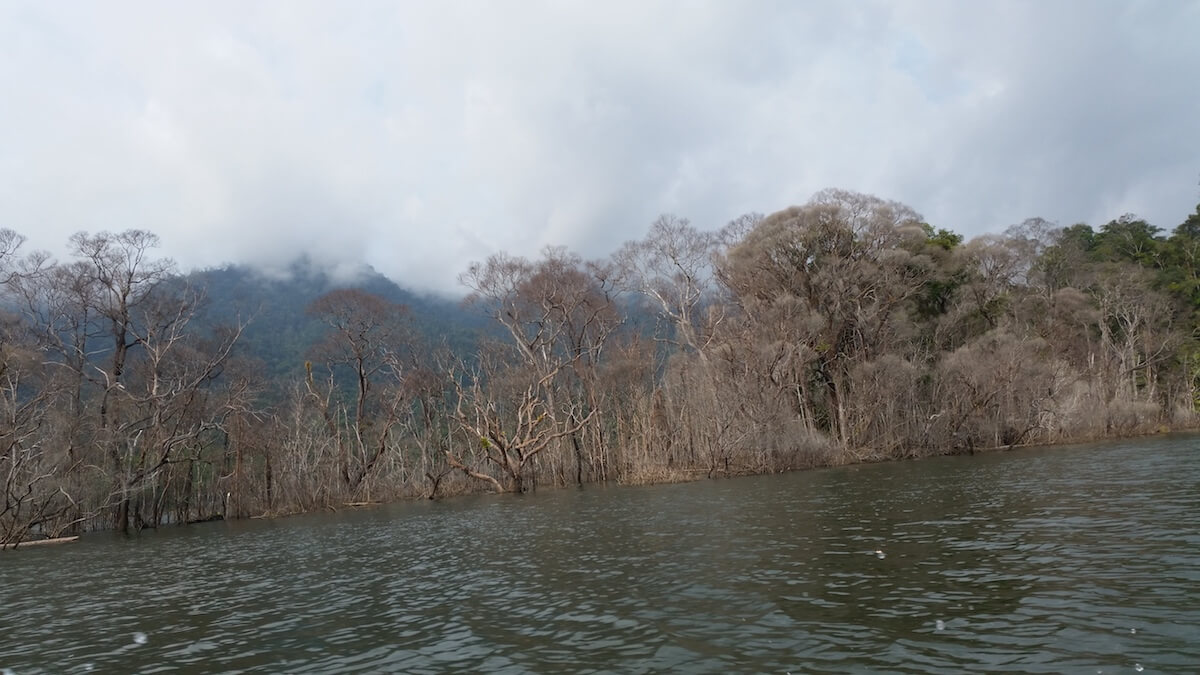 I was downcast for sure, but I knew that had the branch hit one of us things could have been much worse. A new rod can be bought, but an injured head in the middle of the jungle would be nothing short of disaster.

Thankfully I had my two other rods, so once we had cleared our boat of the broken branch, I was back to fishing. 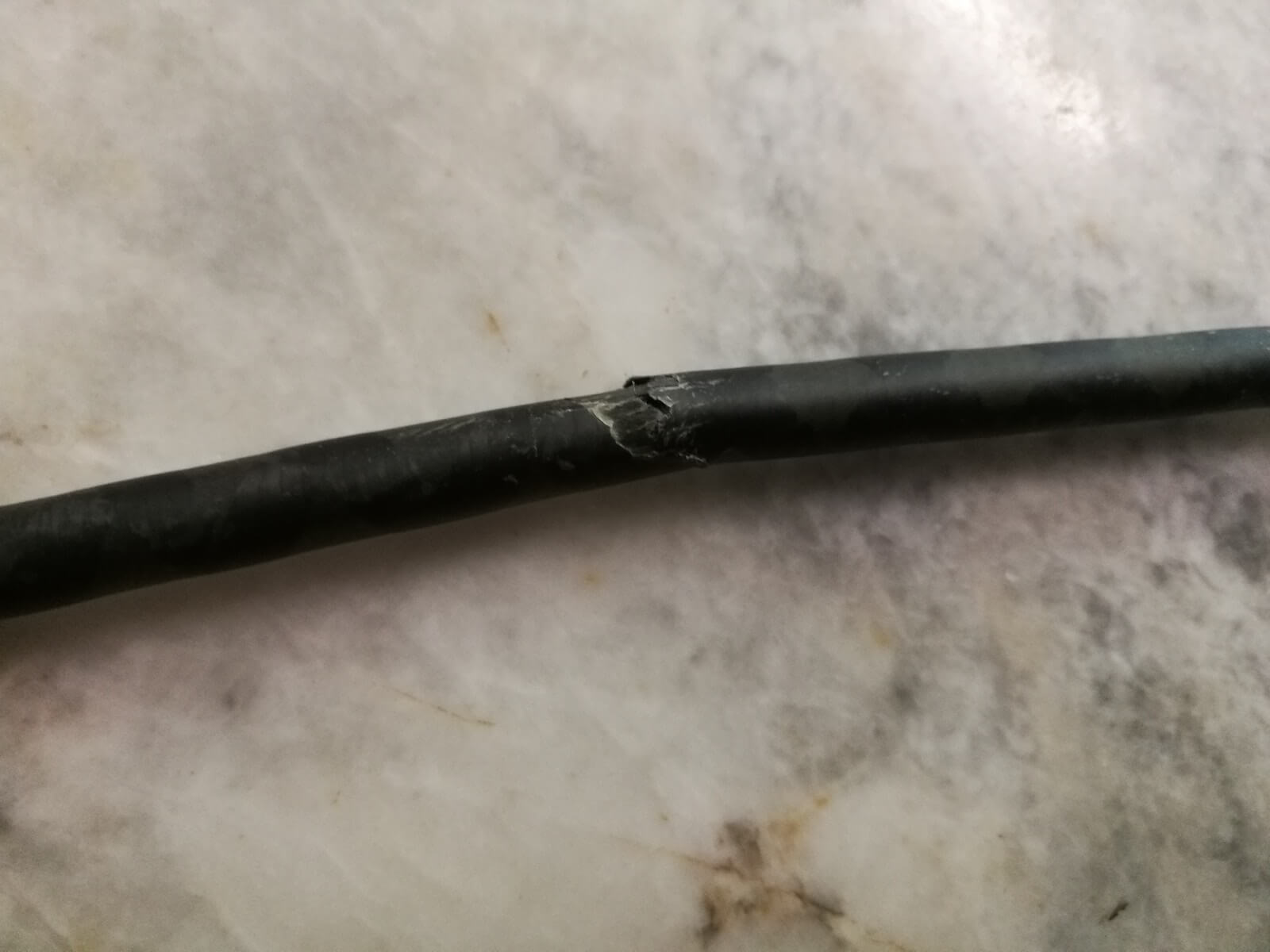 We both managed to land several sebarau throughout the day on various different lures while slowly making our way to the floating house. When we reached the floating house, we saw that both Kelland, Boon Yew and Richard were back as well.

The three of them had a rather good day as well with numerous sebarau landed which ranged between 300g-1kg. Many of the sebarau which they caught were on the Abu Island 18g as well as the Berkley Dredger. 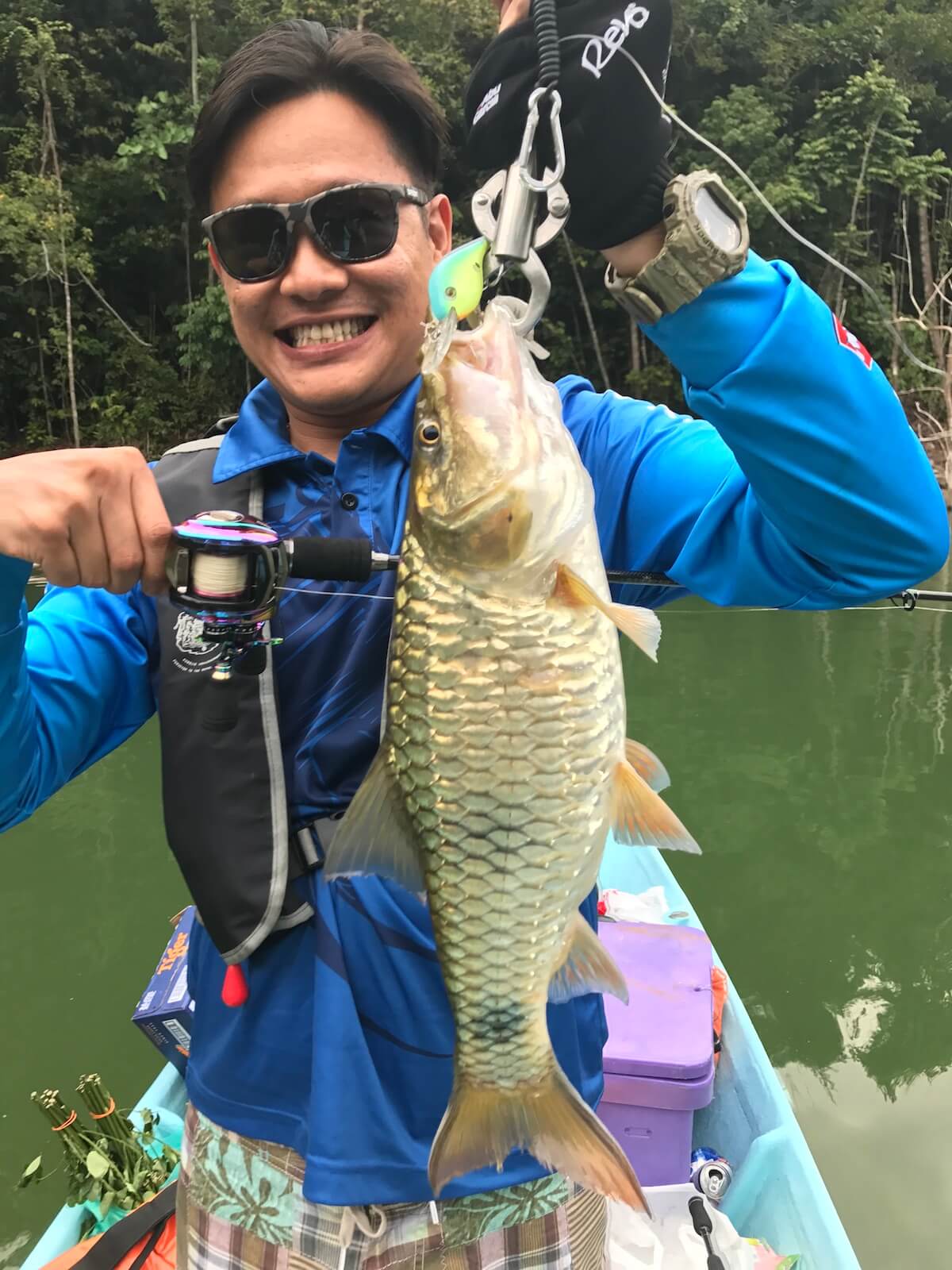 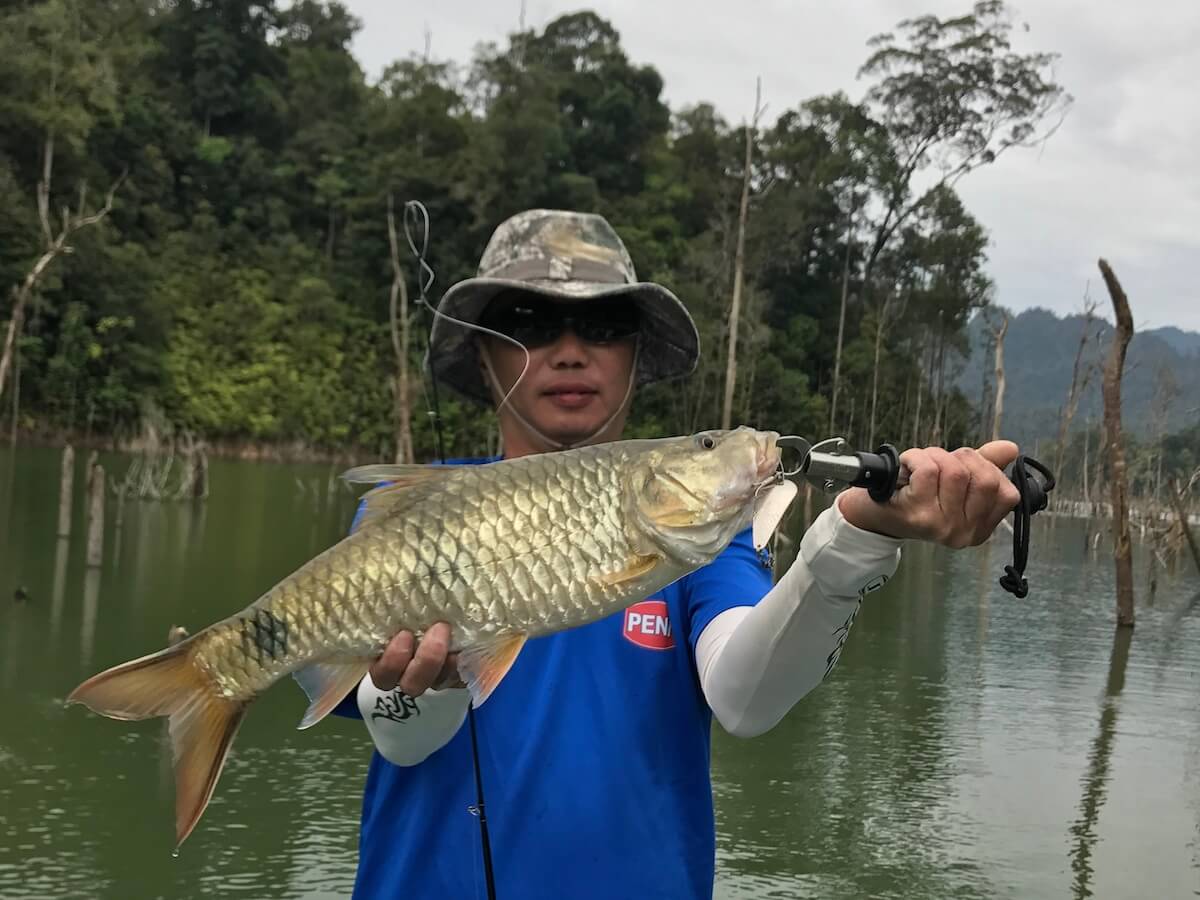 That night, after a simple dinner of canned food and rice, we all sat around talking about our day and what our plans were for the next. It was decided that we would swap boatmen, with Kelland and Boon Yew going with Ikhlas while Gerard and I would go with Richard. 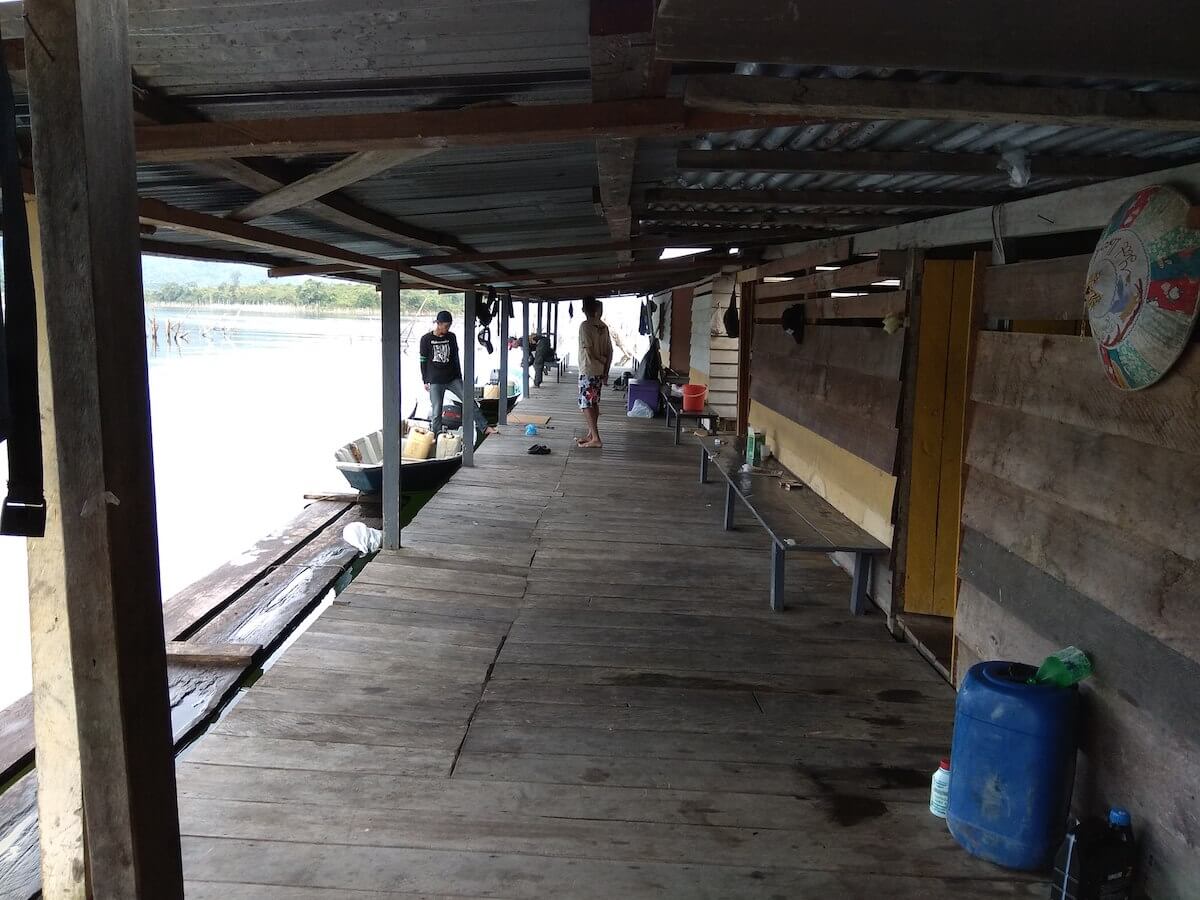 The next day, after a quick breakfast, we were on the go again. This time we headed up to Ulu Danum, which is one of the many rivers which feed into the lake. However due to heavy rain and apparent logging further upstream, the water was too murky for us to fish. 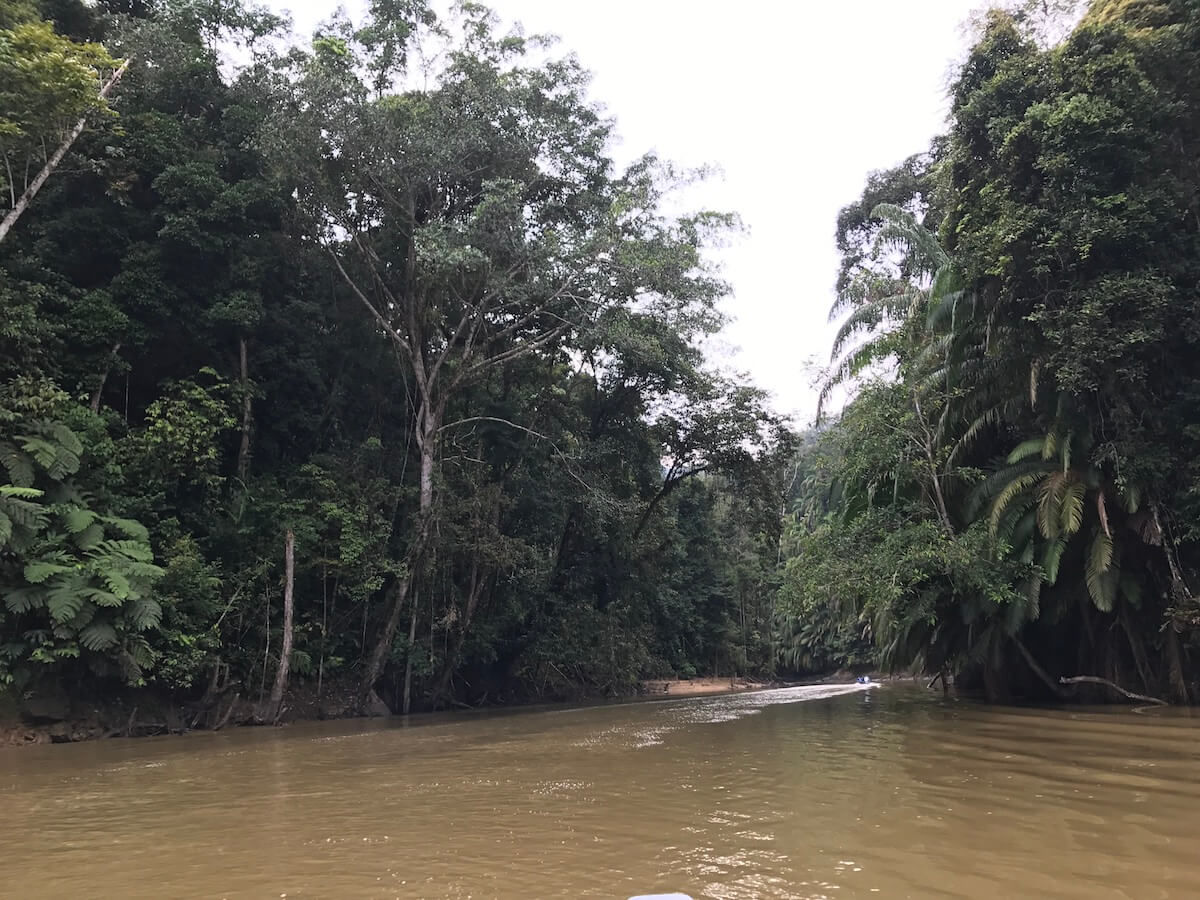 We split up and explored several different spots instead where we landed nice good number of sebarau. We also lost several fish to bent hooks which opened up, a constant reminder that there were big sebarau around. 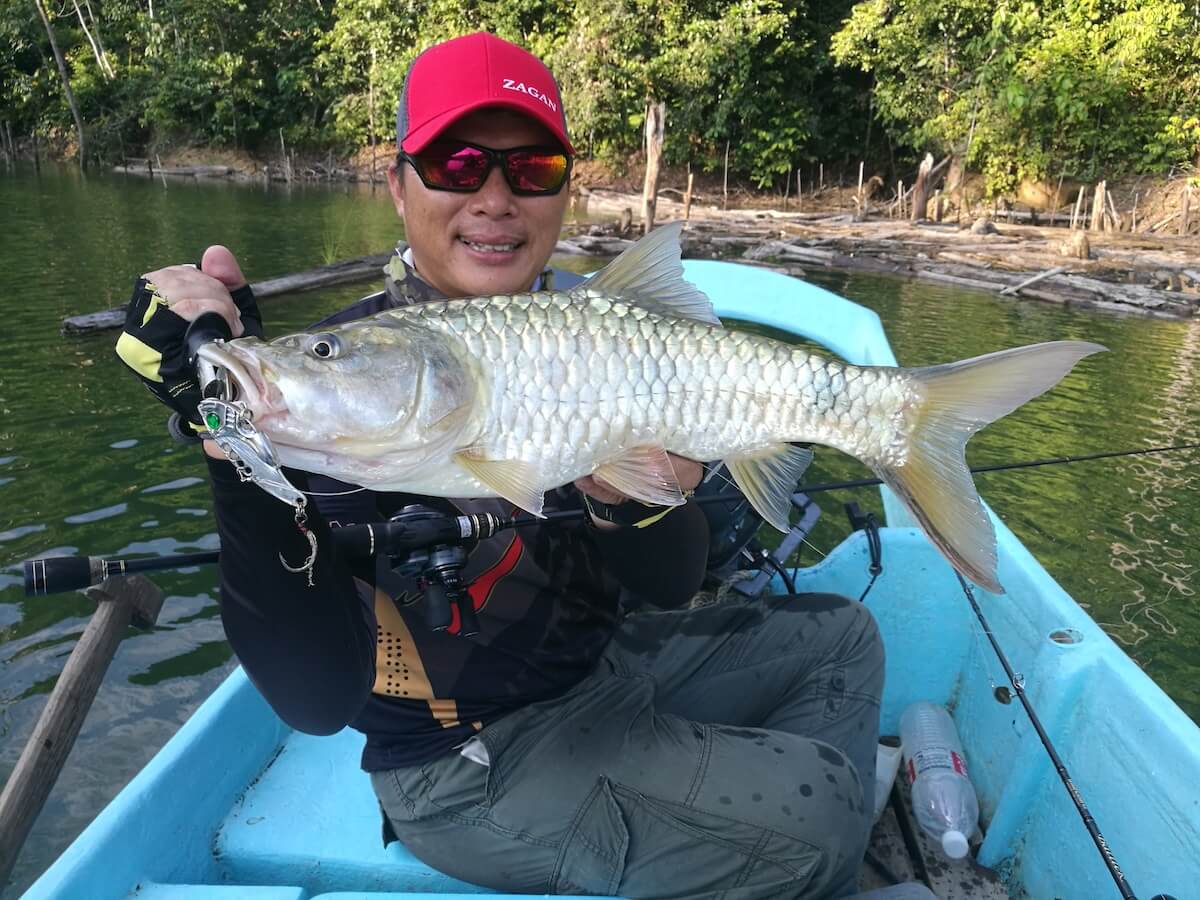 Most of the fish that we caught on the second day were between 1kg-1.5kg, sizes which are hard to come by easily back here in Peninsular Malaysia.

We also realised that the strength of the two striped sebarau was stronger than the normal single striped variety (Hampala macrolepidota).

When we returned to the floating house at the end of the day, we were told by Kelland and Boon Yew that they had been lucky enough to have stumbled upon a large school of sebarau, where they landed more than a dozen fish on a variety of lures including soft plastics. 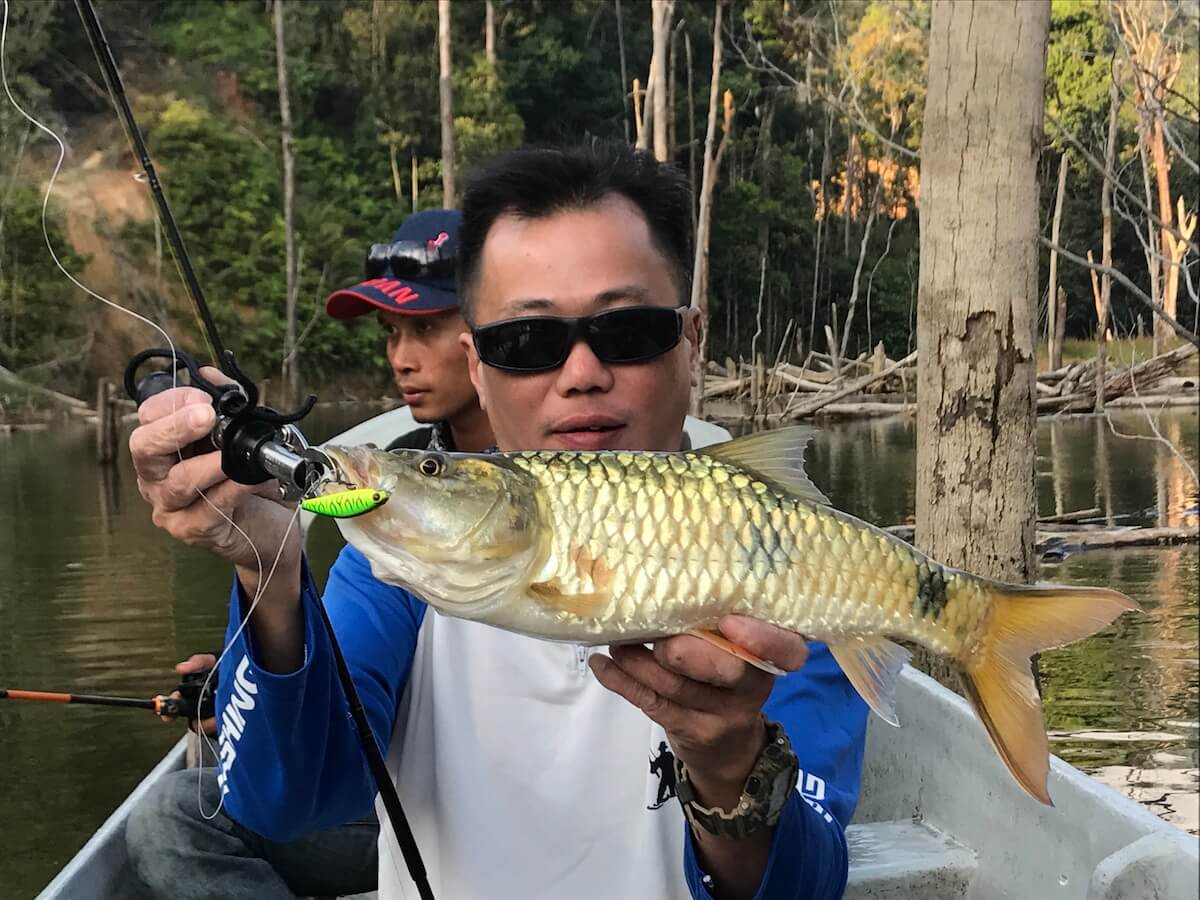 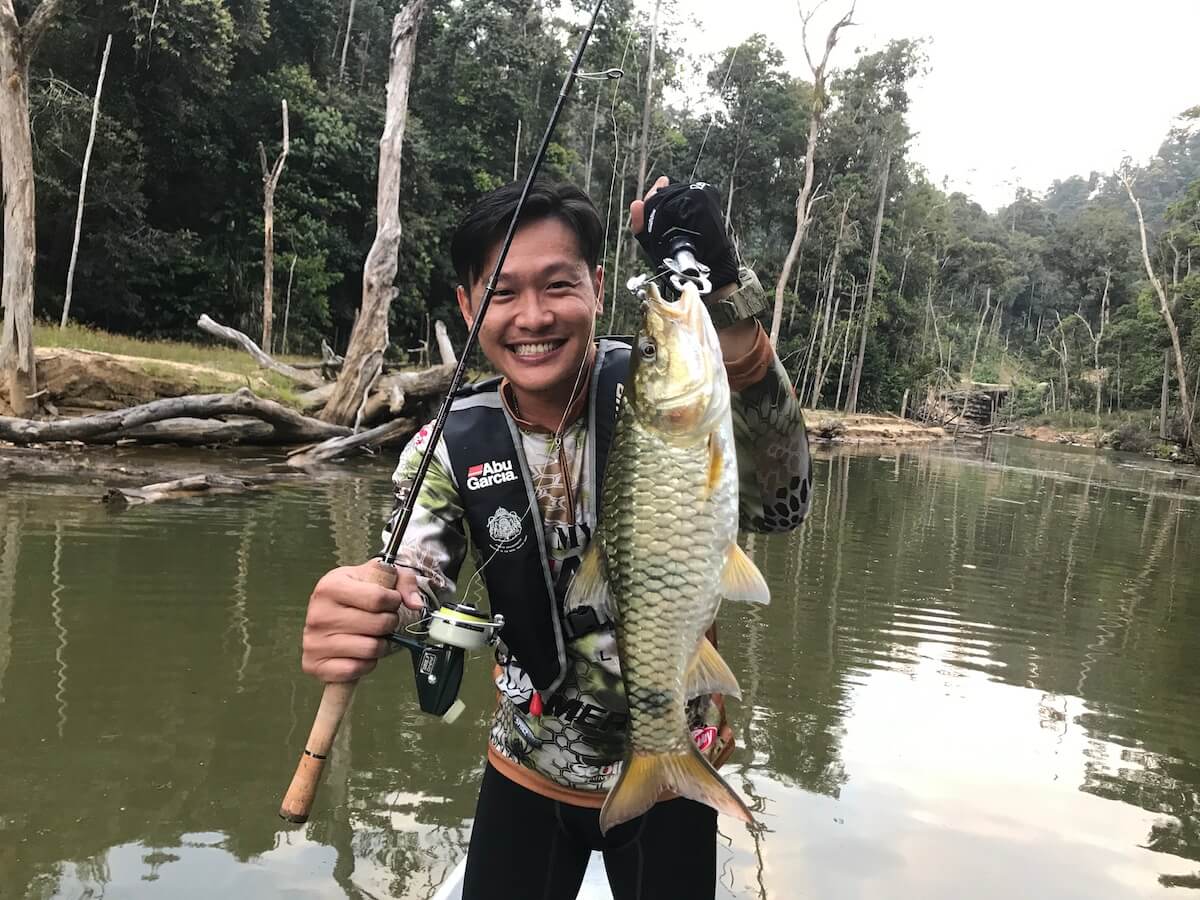 That night, we all stayed up late knowing that the trip was coming to an end the next day. The whole night we shared stories and jokes till we all slept off one by one.

The following morning, we loaded up all our stuff into the boats before heading out as we planned to slowly make our way to the jetty while fishing on the way.

For some reason on the third day, the fish were not responsive and at noon we decided to head to a nearby waterfall to relax and have a quick dip. At the last spot that we stopped before heading back, Gerard and I were casting at some floating logs in the lake when there was a strong take on my Rapala Fat Rap. The water in that area was crystal clear, and I saw that a generously-sized sebarau hooked up to my lure.

When the fish was about two feet underwater, suddenly another larger sebarau emerged from the depths and snatched the lure out of the mouth of the first fish with immense strength before dashing into the deep water.

Although I was using my Major Craft Corzza 12-25lb bait casting rod which was paired with a Daiwa Tatula that was spooled with 40lb braid, the sebarau managed to put up a solid fight, but I eventually managed to land it.

The sebarau’s aggression and epic take of the lure definitely surprised all of us on the boat. After removing the lure from its mouth, I found that the fish and managed to distort one of the Jespa 70lb split rings which I had used for the lure.

After weighing the fish, we found that it weighed a nice 2.2kg – the biggest we hand landed for that trip!

After some quick pictures, I revived the fish in the water until it was fully recovered and then released it back into its habitat, in hope that it would further grow and give someone else the same thrill that I had with it.

Soon after that, we decided to call it a day and sped back to the jetty where our four-wheel-drive was parked and drove back to Bintulu to spend the night, before catching our flight the following day back to Kuala Lumpur.

While the trip was a success for all of us, Gerard and I, who had been to Murum in 2016, found that the quantity of fish had definitely reduced. This could be due to some factors such as overfishing, numerous nets set at almost all the rivers, and the logging being carried out in the area. Just recently, several friends showed interest to head to Murum later this year, and while nothing has been confirmed, I’m certainly looking forward to another trip this sebarau haven!