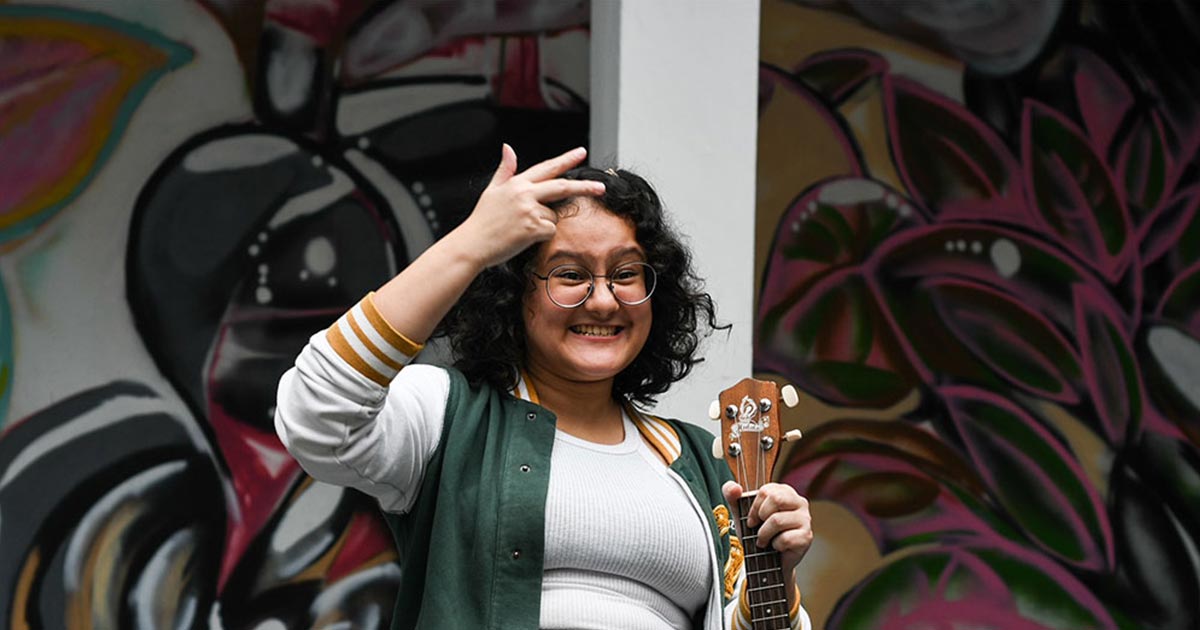 Armed with a ukulele, a raspy voice and a big personality, Hannan Azlan has had a meteoric rise in the stand-up comedy scene, making her television and international debut within six months of starting in 2015.

One day after her first anniversary in stand-up, she became the youngest and only female winner of the Hong Kong International Comedy Competition.

But the path she took in her career in stand-up comedy turned out to have been mostly a series of leaps of faith and happy accidents.

The 23-year-old bundle of enthusiasm, who brims with charm, said even her foray into stand-up comedy was an accident.

“I fell into stand-up in 2015. I am very clumsy, I don’t tie my shoelaces,” she quipped during an interview with Malaysiakini.

Hannan, who was born in England but grew up primarily in Ampang, had never originally intended to join stand-up, as she previously worked in theatre as an actor, musician, composer and lyricist. 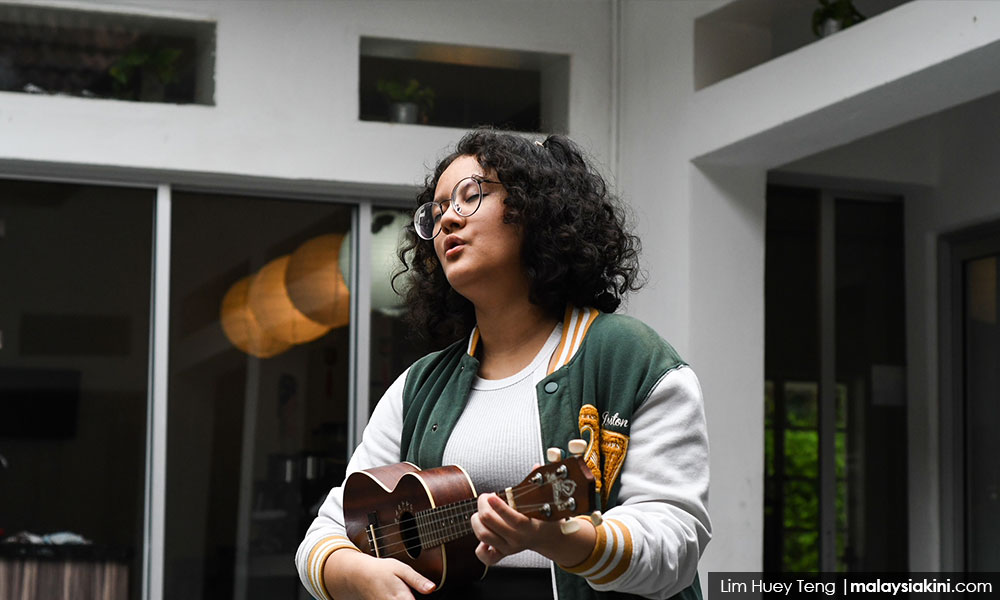 But once she tried stand-up in October 2015, upon the recommendation of a friend, it was full-steam ahead for her as two months in, she self-funded a trip to perform in Singapore, booking shows wherever she could.


There’s just something different about going to a new country, nobody knows who you are, there is no context, no relationship, and then doing well and performing and doing the work.

“That was a beautiful experience, very humbling and I learned a lot,” she said.

About six months in, the comedian who incorporates music into her sets, had her international debut at the Singapore Fringe Festival in April 2016.

That was when she decided to quit her part-time jobs in theatre to pursue stand-up full-time, and she started performing in various places.

Eventually, she ended up in Hong Kong, “just to check out the comedy scene”. But she then decided to participate in the Hong Kong International Comedy Competition 2016, which she ended up winning. She remains the youngest and only female winner of the competition.

But with her prize winnings of HK$40,000, she decided to pay her way to perform in Melbourne, Australia during the Melbourne International Comedy Festival 2017.

The month-long Melbourne International Comedy Festival usually invites and sponsors comedians from all over the world.

But as Hannan was not part of the official line-up that year, she had to pay for everything herself. She still grabbed that chance, even though she only had shows booked for the first week.

Her gamble paid off. Not only was she consistently invited back to perform throughout the month, but a few months later, she was invited to perform in Edinburgh by other comedians she had met at the Melbourne comedy festival. 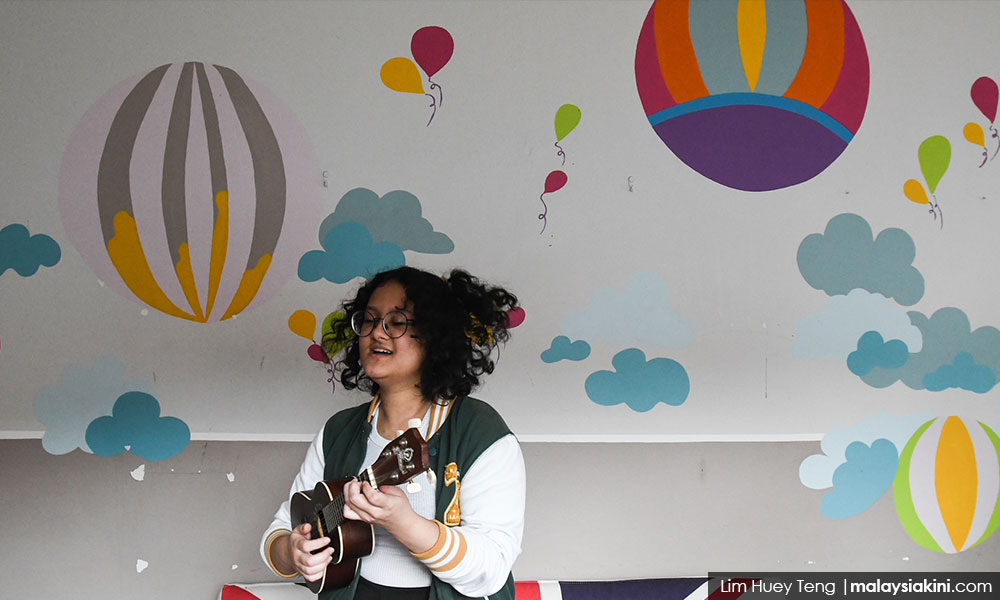 That then led to a series of opportunities to perform throughout Europe, such as in Berlin and Prague.

Hannan has since then performed in her first full-length music-driven theatre piece called “Losertown,” hosted and produced comedy shows and is currently nominated for the Women of the Future Awards: Southeast Asia under the Arts and Culture category.

This year, she has also been officially invited to feature at the Melbourne International Comedy Festival, and she intends to make her US debut in Los Angeles and New York City in 2019.

This is her story, in her own words:

“A lot of comedians before they start doing stand-up, they have an interest in it and they watch a lot of comedy specials and things like that but I’D NEVER EVEN CONSIDERED IT.

(Fellow comedian) Harresh told me to do an open mic, I did an open mic and it went really well. I was really lucky, it was a very good first show.

“The second show that I did, it was just okay. It wasn’t a bomb but because the first show went so well, the second show felt lacklustre so I felt really frustrated.

THE THIRD TIME I DID STANDUP, I DID MY MUSIC, and that was quite magical.

I’ve been very lucky, not everyone has been given the opportunities that I did in such a short amount of time, it surprised me as well.

“(My comedy) has developed over the years. I started off with a kind of ironic distance, playing off big twists like a cute little girl but actually naughty and predatory.

WHEN I FIRST STARTED, MY PERSONA WAS POP STAR, PRE-SEXUALISATION.

This week on Malaysians Kini – The multi-talented stand up comedian, Hannan Azlan

MALAYSIANSKINI | Armed with a ukulele, a raspy voice and a big personality, Hannan Azlan has had a meteoric rise in the stand-up comedy scene, making her television and international debut within six months of starting in 2015.

Posted by Malaysiakini on Friday, 16 February 2018

“I’ve been doing a lot of jokes about my identity, as a mixed-race person, as a youth, as someone who loves this country and is scared and sad to see how not everybody is treated as well as they should be.

“I visited Hong Kong in June 2016 just to check out the comedy scene. Then I joined the competition in October.

“So I got into the finals and IT WAS THE DAY AFTER MY BIRTHDAY, so it was just my one-year anniversary of doing stand-up.

I started in 2015, I celebrated my birthday at an open mic on a Wednesday and then one year later, I celebrated my anniversary at the Manila airport because my flight got delayed and then I arrived at Hong Kong at 5am of the day of the finals.

“After the competition, I stayed on in Hong Kong for quite a while. I WAS STARTING TO FEEL COMPLACENT.

I WAS AWARE OF THE FACT THAT I’M SO RAW. I mean, come on, one year in? Comedy is very humbling so I didn’t want to just rely on the same five minutes so I threw in my old set and did a lot of improvisation. THERE IS SOMETHING REALLY DIFFERENT ABOUT PERFORMING SOMEPLACE THAT IS NOT MY HOME.

I think maybe because I’m so familiar with Kuala Lumpur and I understand a lot of the cultural nuances and humour.

In Hong Kong, I don’t have that luxury, it’s kind of like comedy without a net, so I was doing a lot of improvisation. I am glad I did that.

“In March, I went to the Melbourne International Comedy Festival. It was my first time performing in Australia, it was incredible.

I WAS VERY NERVOUS, I WAS JUMPING INTO THE UNKNOWN and it worked out so well.

And I was there “illegally,” I was sleeping on (comedians) Douglas Lim and Jinx Yeo’s floor.

I was a poor 22-year-old up-and-coming comedian so I think they looked at me and they saw me as an investment… as a kindred spirit and they let me sleep on the floor of their living room.

That’s what I went there for. IT WAS NOT ABOUT SHOWBIZ OR GLAMOUR. It was about me going and performing four times a day and honing my craft.

“Because I was there (in Melbourne), there was another comedian who invited me to do a show in Edinburgh and I had no idea that was coming.

I TOOK A CHANCE AND IT PAID OFF. I had no idea that was going to happen but because I was there in Melbourne, it led to this opportunity in Edinburgh.

“So I was in Edinburgh for four weeks and that was the most I’ve ever performed. I think my total was 116 SHOWS IN 26 DAYS.

I really grew and developed and was really humbled. I felt very connected, like I was at my best. I FELT LIKE I UNDERSTOOD MY PLACE.

“(For my second anniversary in stand-up) I had a birthday show in Kuala Lumpur, we had a midnight show. 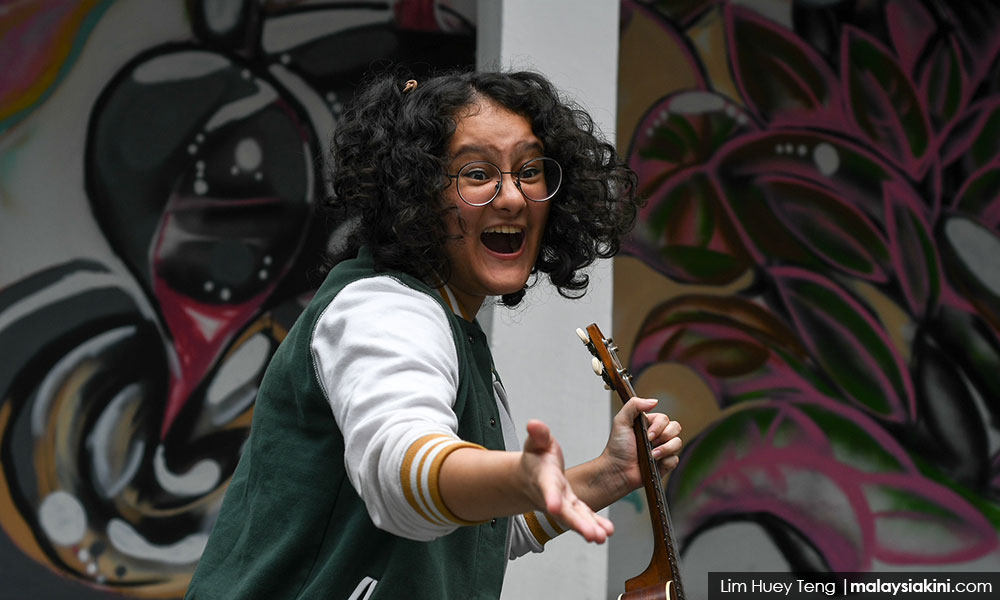 It was a midnight show and it was a full house, it was beyond my expectations. It has never been done before in Kuala Lumpur and I’m so happy.

It was an incredible experience. I guess I doubted I could pull off a show, I doubted myself.

“THE REASON WHY I TOUR (internationally) is because if you want to gain muscle, you work out a certain amount per week. In Kuala Lumpur, I can work out a maximum of four times a week, if I’m lucky. But when I’m at these festivals, I can perform more.

If I hadn’t gone to Edinburgh, I wouldn’t have had the confidence to do a midnight show and have my own compilation show.

“I feel like it is beyond me. I feel like I have just been given all these opportunities and gifts at the right time and the right place.

“In December 2017, ‘Losertown’ debuted and it was cathartic. I really feel like I let go of a lot of personal things, a lot of things I wanted to talk about in stand-up but couldn’t because STAND-UP IS A CONTRACT YOU HAVE WITH THE AUDIENCE.

There were a lot of issues I couldn’t talk about in stand-up because I just couldn’t make it funny, so I kind of got to release a lot of that through this theatre show.

“In a lot of places, if you are not a straight white guy, things are just harder, like I’ve been sexually harassed.

The first time I have ever been verbally sexually harassed was by the owner of a comedy club who was drunk.

WHAT MADE ME SAD was this was someone whom I looked up to. It felt so disrespectful and I felt so sad that I was being treated this way.

I talked about that once on stage, just once. I just don’t know how to make it funny yet. Maybe because partially, I felt like I just haven’t found a way to talk about it.

“MY LONG TERM GOAL is to bring Malaysian talent to international festivals. The dream is to create opportunities for other artists.