It baffles me that in this day and age, we still have Malaysians who are not able to communicate in Malay.

What I find more bizarre is the fact that there are Malaysians who only speak one language. No, I am not talking about some Pak Cik in Gua Musang, Ah Soh in Junjung, Akka in Sungai Siput or Inek in Kapit. I’m talking about Channel carrying, iPhone using, and Levi’s wearing youngsters, who dwell from the urban area. How is it possible in this day and age, you are still unable to converse in Bahasa Melayu and English?

On average, a child receives 11 years (discounting the school dropouts) of education and yet, in these 11 years, they still can’t converse in Malay and English, to make matters worst some can’t even read! I don’t know how many times I snapped at the kids who come to the cafe for not being able to pronounce simple words like “Freeze”, “Fizz”, and “Grilled”.

To be completely frank, I always encounter this problem with Malay and Chinese kids, very rarely with Indian kids (and by kids, I mean adolescent). There was once, a Chinese girl was pestering her friend to place the order for her because she said that she can’t speak Malay. I almost lost it and asked the girl in Mandarin “What have you been doing in school?”, which came as a shock to them because they didn’t expect me to be able to speak in Mandarin. 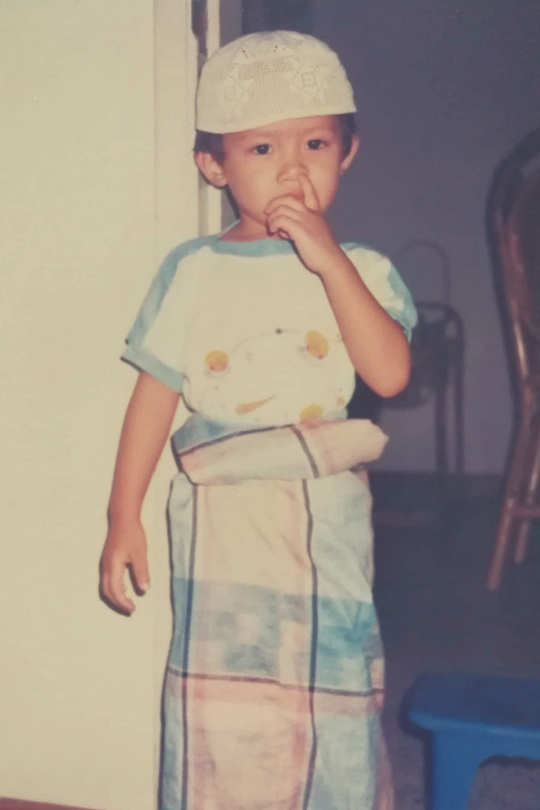 I am a by-product of a vernacular school – SRJK (C) Kuang Hwa, Kuantan; most of my childhood friends are Chinese, but I dare say that all of them are able to hold a conversation in Malay and English even before we became friends. One of them, Kerwin even used to call my house and give “Salam” and burst out laughing when I answer his “Salam” because I thought it was some other Malay person on the other end of the phone. He speaks impeccable Malay, even until today.

Another good friend of mine, Fei who also went to Chinese school, and speaks very good Malay, in fact, her Malay has Sabah accent. You can really hear her Sabah accent especially when she’s angry. May not only speaks Malay, she also speaks Kelantanese Malay, and she’s not even from Kelantan – she’s a born and bred Taman Tun girl. Susan (a Selangor born, Kedah bred Malayalee girl who “believes” that she’s actually of African French descent) will go all Aloq Staq on your butt if you ever cross her, not only she speaks perfect Malay, she’s also one of the best Gamelan players I know, and a damn good Malay Gendang player to boot.

But then, on the other hand, you have the English speaking group who thinks that the Malay language is just not quite up to their standard. These are the people who will come up with statements like “Oh, I didn’t expect that you have such beautiful culture/art/literature in Malay”, “Oh, that sounds lovely, but I don’t read or speak in Malay”. Mind you, these people were not born in Buckingham Palace, most likely they are from Lucky Garden Bangsar, or Section 2 PJ. They did not grow up having tea with the Duke of Edinburgh, they grew up drinking Teh Tarik from Mahbub and Cow’s Milk Bru Coffee from Sunraj. Even with non-crispy chicken rendang and nasi lemak diet, Bahasa Melayu is still not their cup of tea.

Then you have the Malay kids who ONLY speak Malay, but it’s not really Malay, because of the ridiculous way they speak and spell the words. If you look at their phone messages, you’ll see words like “aq” for Aku, “Korunkz” for Kau orang and few other examples that I can’t bring myself to type out. They don’t think that English or any other language for that matter is important. They don’t read, they don’t write, they don’t contribute to anything except for being obsessed with their hand flapping, seizure-like dance that they call Rave.

You also have the group of Malays who think that everyone should just speak Malay and Malay only because it is Bahasa Kebangsaan, and if you are unable to speak Malay, you should pack up your bags and move to wherever you ancestors come from. Little that they realise that the Malay language that we use now, beautiful as it is, is a language that went through evolution and adopted an influx of words from other culture that came in contact with the Malay civilisation, for example, the Indians, Chinese, Persians, Arabs and even Portuguese.

They also somehow have forgotten that the most famous arch-character in the Malay literature, Hang Tuah – The Ultimate Malay, is a polyglot. According to his Hikayat, Hang Tuah spoke at least 12 languages; Tamil, Mandarin, Siamese and Arabic being among it. Even the legendary and somewhat mystical Puteri Saadong and her adopted mother Che Siti Wan Kembang, through Ibnu Battuta’s travel log – we learned – that they were excellent horseback riders, masters in the art of silat and archery, and also polyglots who speaks Malay, Siamese, Persian, and Arabic, and on top of that they were drop dead beauties! Parameswara, Tun Perak, heck even the late Tunku Abdul Rahman were all polyglots.

So, what is the excuse of the modern-day Malays for not being polyglots?

The irony of me writing about us speaking more Malay in English didn’t escape me, but I made a conscious decision to write this in English so that the Ultra-Malay camp doesn’t use this as yet another ammo for them to stir up some racial issue. Also, let’s face it, how many English speaking Malaysians really ever take the time to read through anything that is written in Malay.

There’s nothing wrong wanting to speak in your own mother tongue, but shouldn’t our first language be Bahasa Melayu? English, Mandarin, Tamil, Iban, Kadazan can all come second or third or fourth. No one is forcing us to abandon our mother tongue. Let’s take out the politics from this language issue and work towards a Malaysia that uses Bahasa Melayu as our first language. Plus, there’s a whole bunch of research that shows the benefits of being able to speak in multiple languages.

So, with all this new found spirit of patriotism, why don’t we all try and be better Malaysian, by learning Bahasa Melayu, and for those whose Bahasa Melayu is their first language, improve your English then try to learn Tamil or Mandarin or Iban or Malayalam or Kadazan or Telegu or Kenyah or Arabic. Let the new government sort out all the mess and the corruption left by the previous administration. We’ve done our part in changing the government, now let’s focus on ourselves and improve what we can. Let’s not just claim to be Malaysian if you don’t even have the will to learn Her language.

So, let us all try to be polyglots, let us be that group of people where everyone can speak everyone’s languages. Let us be a country that celebrates our differences but still answer to our Mother in one language. After all, we the people are the heart of this country, let’s make Her proud of us, shall we?